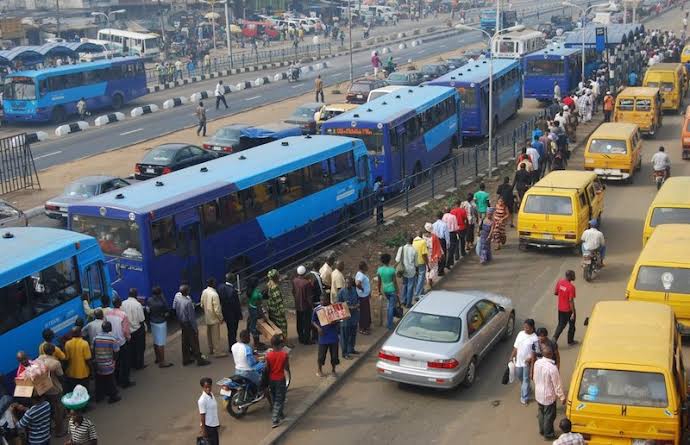 Some Nigerians on Thursday in Abuja urged the Federal Government to formulate a transport policy that would ensure seamless movement of people and goods from one point to another.

They told our correspondent in separate interviews that the nation required an efficient transport system to boost its economy and stimulate social integration.

According to Mr Christopher Ewalafo, a civil servant, an efficient transportation would ensure free flow of goods and services nationwide.

“The nation’s poor transport system has made movement of human, goods and services difficult.

“The Federal Government should provide good road network in order to reduce the cost of transportation” he said.

Mr Justice Ituma, a businessman, said that considering that most Nigerians were low income earners, the government should ensure a cost effective transport system that would reduce economic burden.

Ituma said that an effective transport system would enable commodities, especially farm produce to be transported at cheaper rates thereby making the price affordable for consumers.

According to Mrs Chineye Ezeonu, a trader, Nigeria needs a transport system that will ensure free movement of farm produce from the villages to the city centres and urban areas.

Ezeonu said that good transport system would reduce the cost of transportation and road accidents.

She said that there was need for an integrated transport system to connect the entire country through road, waterways, rail and air.

Miss Nnenna Odo, a student, said that a good transport would not only help to reduce the stress that Nigerians go through daily in moving from one end to the other but could create employment.

It will be recalled that in April 2021, the Minister of Transportation, Mr Rotimi Amaechi said the Federal Government had set up a committee led by Vice-President, Yemi Osinbajo, to work out a transport policy for the country.

In 2010, the Federal Government produced a draft national transport policy which among other things provided for ‘adequate transport system’ that would meet the need of Nigerians.

It also provides for a ‘safe transport system’ that would minimize accidents and destruction of property.

The draft also provided for ‘an environmentally sound transport system that would check transport sector-related environmental pollution through the establishment of appropriate regulatory standards.

Customs hands over 723kg Indian hemp to NDLEA in Kebbi