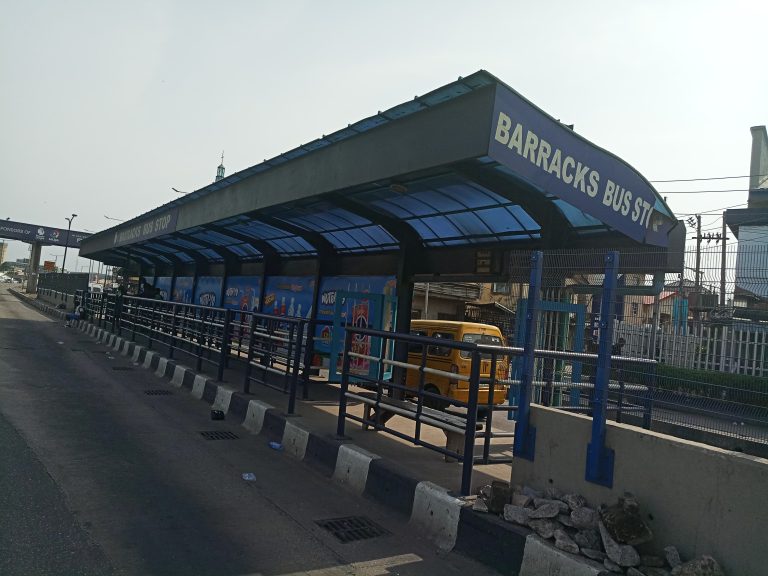 Many Bus Rapid Transport (BRT) commuters were stranded at various bus stations in Laos on Tuesday due to the state directive to suspend operation in sympathy over the death of Oluwabamise Ayanwole.

Our correspondent correspondents who monitored the situation found that thousands of commuters were stranded at various stations across Lagos.

A BRT passengers, Mr Innocent Kanu, said he waited for BRT at Iyana-Ipaja for three hours, saying that he had to enter other commercial bus at exorbitant price.

He said that a daily trip which usually cost N1, 200 from Iyana Ipaja to and from now cost him N3200 due to the absence of BRT buses.

“I entered N1, 000 from Iyan-Ipaja to Oshodi and I took another bus to Ojuelegba for N300 and enter the last bus going to CMS for N300 at Ojuelegba.

Another passenger Mrs Lara Badmus, a former Banker now selling jewelries at Dosumu in Lagos, said she spent N1,500 from Igbogbo in Ikorodu to Dosumu market in Lagos.

A staff of an insurance company in Costain, Mr Benjamin Ajayi, said getting to work was so hectic and expensive compared to other days because once BRT shun operations other transporters extort passengers.

Ajayi sympathised with the families of the deceased and prayed for the Lagos State Government to get justice for the dead victim as soon as possible.

A phone repairer at Computer Village in Ikeja, Mr Chidi Tobechukwu, said he spent N700 from Iyan-Ipaja to Ikeja as a result of absence of BRT operations in Lagos.

The Public Affairs Officer of Premero, Mr Mutiu Yekeen, told our correspondent that the directive to stop operations came from Governor Babajide Sanwo-olu.

Yekeen said that the protest to mourn the death of the missing lady who was later found dead led to the governor’s directive for all BRT buses.

It was reported that Miss Oluwabamise Ayanwole, 22, who got missing after boarding a Lagos Bus Rapid Transit vehicle and corpse was reportedly found with some body parts missing.

One of Ayanwole’s relatives made the claim on Monday, saying that they are awaiting the outcome of an autopsy.

It was also reported that many students of public schools who usually enjoy free BRT bus rides were stranded at various BRT stations in Lagos.