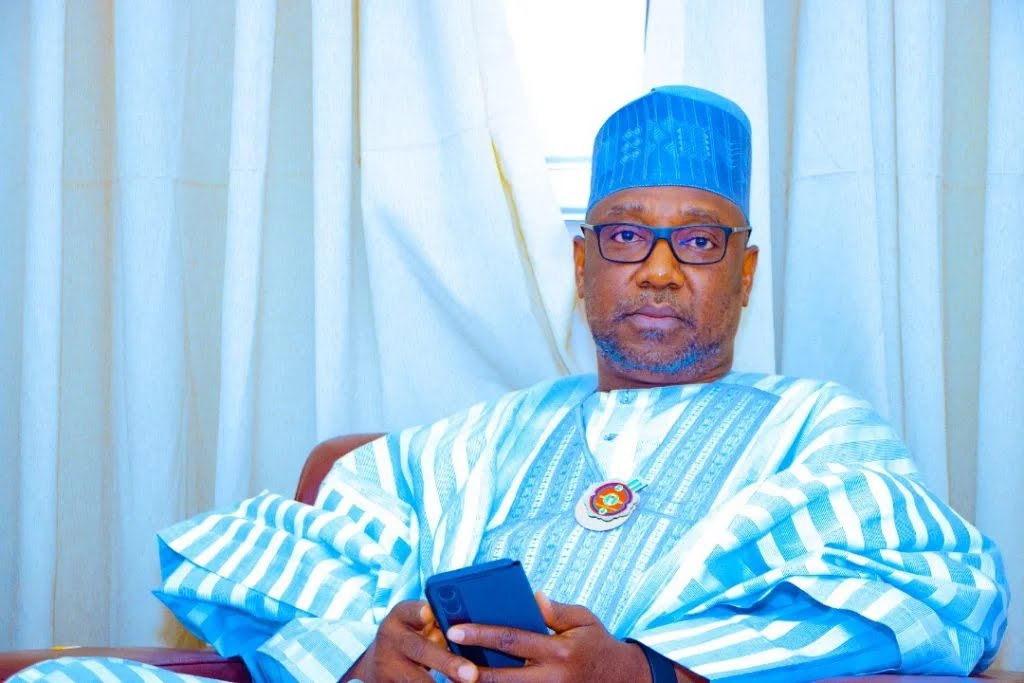 Gov. Abubakar Bello of Niger and acting Chairman of the All Progressives Congress (APC) Caretaker and Extra-ordinary Convention Planning Committee (CECPC), says the March 26 date for the party’s forthcoming National Convention is sacrosanct.

He disclosed this on Wednesday in Abuja, while inaugurating members of the Sub Committees for the convention.

“The convention date is sacrosanct. It must hold on March 26, and we are doing everything possible to ensure that it holds as scheduled.

“For those of you who have been monitoring events in the national secretariat of the APC since Monday, we have started the efforts to ensure that there is free and fair convention.

“We have made efforts to ensure a successful National Convention and part of those efforts is to inaugurate chairmen and secretaries of Sub Committees,” he said.

Bello, while urging members of the various committees to be above board to ensure the success of the national convention, said they were selected in consideration of their track records and loyalty to the party.

“I know a lot of our party faithful wanted in one way or the other to serve in various committees as their support or contributions towards a healthy party.

“However, we must be mindful that we cannot accommodate everyone in the committee. So, we trimmed down the number to a workable size without undermining anyone, and I think this decision is the best for our party.

“The final list of the committees will be published shortly, today or tomorrow, and I assure you that all corners of the country must be represented,” Bello said.

He commended members of the party’s CECPC for their achievements so far.

Gov. Kayode Fayemi of Ekiti, who spoke on behalf of the sub committee members, thanked the party leadership for the opportunity to serve and contribute to its growth and development.

He assured that members of the committees would go into the assignment fully ready and committed.

“We want to thank this great party for giving us an opportunity to contribute to its growth and development. This is an assignment that many have looked forward to for a long time,” he said.

He said that members of the committee would commit their strength and wisdom in discharging their responsibilities in the interest of the party and its members.

Fayemi commended Bello and members of the APC CECPC for doing a job that reflected the party’s nature, saying that: “we are fully ready and committed to deliver on behalf of the committee.”

Sen. Rochas Okorocha, the immediate past governor of Imo, while speaking to newsmen on the sidelines of the inaguration, said that with the new leadership of the APC CECPC, he now sees light at the end of the tunnel.

Okorocha, who represents Imo west in the Senate, said that with Bello at the helm of affairs in the APC, he is now reassured that the party’s national convention will hold as slated.

“There is every assurance that the convention will be free and fair, given the leadership in place and the stand of President Muhammad Buhari.

“What simply needs to be done, is to give every member of this party a sense of belonging, not forgetting the founding fathers and the parties that came together to form the APC,” he said.

Okorocha listed the parties that merged to form the APC to include: the Congress for Progressives Change (CPC), led by President Buhari, and the Action Congress of Nigeria (ACN), led by Sen. Bola Tinubu, a former two-term governor of Lagos State.

Others are the All Progressives Grand Alliance (APGA) which by himself, and the All Nigerians Peoples Party (ANPP), led by Dr Ogbonnaya Onu and Abdulaziz Yari, among others.

He said if the party’s founding fathers and governors are recognised and carried along as its leaders, the party would have a peaceful national convention.

Okorocha said he was at the party national secretariat to encourage its new leadership and to advice it on what should be done to move the party forward, adding that the APC remains the people’s choice.

“People believe in this party and if we hold this convention on March 26 as slated, it will restore the confidence of the people and members of this party,” he said.

He commended the party’s CECPC for compiling the Sub Committee list despite challenges.

“If you didn’t see your name on the list, please don’t be offended, I’m sure other opportunities will come in future,” he said.

He, however, stressed the need for members of the committees to work hard to ensure a hitch-free national convention.

Buhari’s approval of houses for 1994 Eagles, a reward for excellence- BMO