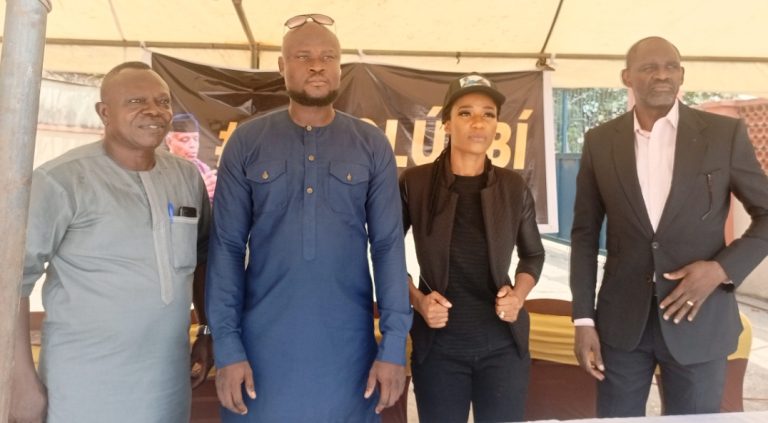 A political group, Osinbajo Global Movement, has urged the All Progressives Congress (APC) to ensure emergence of Vice President Yemi Osinbajo (SAN) as its presidential flagbearer in its forthcoming primary elections.

The group’s Lagos State Coordinator, Mr Akinyele Ojo, made this known during its support programme for the vice president in Lagos on Wednesday.

Ojo said there was need to elect a competent and reliable Nigerian with proven track record, integrity, transparency and honesty in the person of Prof. Osinbajo as president in order to realise the vision of a new Nigeria.

“Speaking on his antecedent, President Muhammadu Buhari recently gave him the mantle of the Acting President and the president was quoted to have said that he left his government to a capable hand.

“What other things do we want when we are talking about the quality and experience he had acquired from this administration.

“The President also said he is the most capable person in the government and he has a track record as a scholar, an administrator, a pastor, as a lawyer and in other ramifications,” he said.

Ojo noted that among the aspirants, there is the good, better and the best but Osinbajo remained the best product among all the presidential aspirants.

He said: “The country’s David is here who is ready to fight poverty, high cost of goods and services, unemployment rates, just to mention a few.

According to him, the whole of the Israelites were gathered against one man Goliath even all the army of Israelites were looking but someone came out and conquered Goliath, so our David is here.”

Also speaking, the Diaspora Convener for Osinbajo Global Movement, Mr Dayo Akintobi, stated that Osinbajo’s antecedents speaks for him all the way from 1999 when he was Lagos State attorney general till date as the vice president.

“We strongly believe that Osinbajo is the best suited to take the helms of leadership in 2023 and lead the country into fulfilling its potentials.

“One of the problem in Nigeria is that too many capable people for years had been staying out of the political process and saying it is not my potion.

“However, Nigeria needs men and women of contentious competence, integrity, capabilities and most of all, of emotional intelligence,” he said.

Akintobi stated that it was obvious that the vice president possessed all these qualities and assured Nigerians that not only would he get the ticket of the party but he would also win the presidential election.

Similarly, Mrs Temilade Okesanjo, Director of Operations for the movement, said they were confident Osinbajo could fix the economic, security and other challenges being faced by Nigerians.

Okesanjo, therefore, urged members of the APC to give the presidential ticket to Prof. Osinbajo adding that he is the best candidate for the presidency.

According to her, Osinbajo has got all that it takes to be the next president of Nigeria and advised APC to stop the politics and face the fact.

“We don’t want a corrupt leader but someone who can fix things and we believe Osinbajo is one such person.

“Let’s stop the politics and face the fact. Let Osinbajo take the lead and we would have a better Nigeria,” she said

Our correspondent reports that supporters from different local government areas of Lagos State, market women, youth groups and students were in attendance to demonstrate their support for Osinbajo.