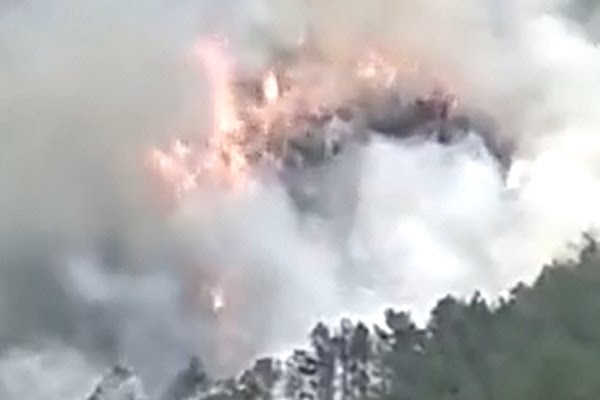 A China Eastern Airlines plane with 132 people on board crashed near the city of Wuzhou in the southern Chinese region of Guangxi on Monday, the country’s aviation authority confirmed.

The crash was first reported by state media, which initially listed 133 passengers on board.

There is currently no information about the victims or the cause of the crash.

The Flight number MU5735 was reportedly on the way from Kunming, in Yunnan province, to Guangzhou in Guangdong province.

State media reported that rescue crews were being assembled and are on their way to the hilly Teng region.

A video circulating online in China showed a cloud of smoke rising from a hilly region.

Other images showed debris, all seem to be taken with mobile phone cameras.

There was no way to check their veracity.

Teng is a remote region about 300km from Guangzhou.

There were reports of a forest fire after the crash.

UN General Assembly to vote on humanitarian assistance for Ukraine