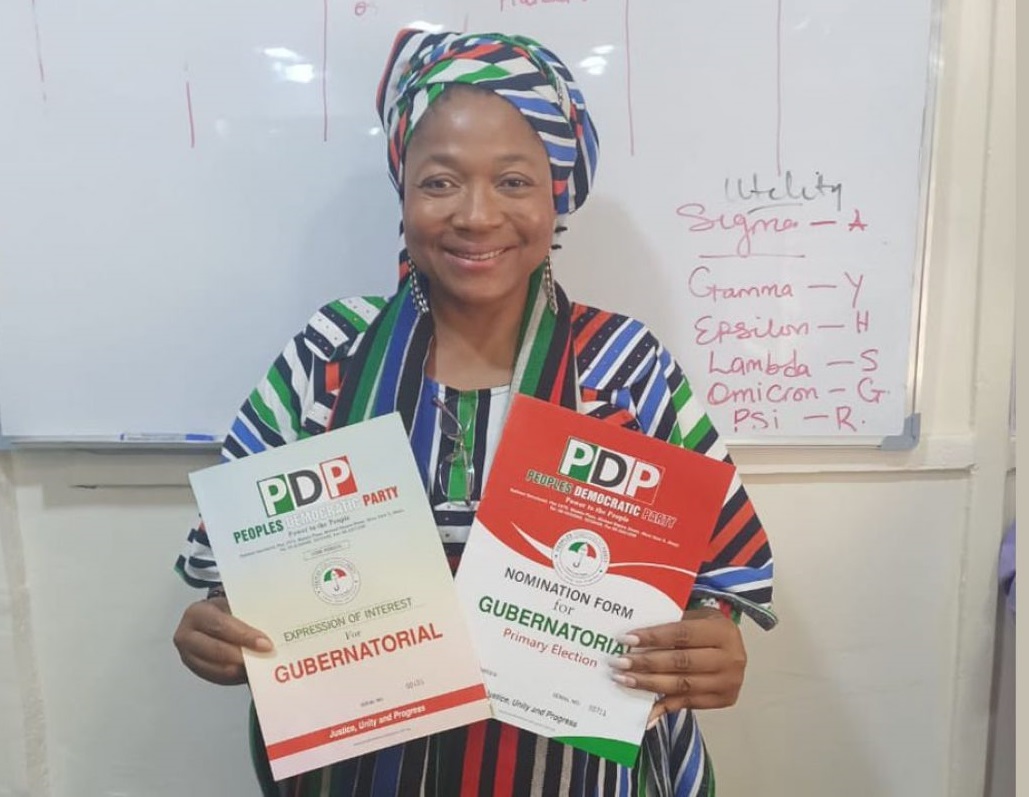 Mrs Susan Waya, wife of Benue billionaire, Terry, has joined the 2023 governorship race in the state, on the platform of the Peoples Democratic Party (PDP).

Susan, who spoke with newsmen shortly after obtaining her nomination and expression of interest forms at the PDP secretariat in Abuja, said she was hopeful of picking the party’s ticket for the Government House.

“A state abundantly gifted with rich, agricultural fields covered by fresh, clean, and unadulterated flowing rivers, one of which it was later named after, Benue is a safe-haven in the grasslands with vast human resources.

“The state had and still has irreplaceable potential, and has a strong promise for a better future.

“Our state was so endowed that it was projected to feed the entire nation and serve as a gateway for export to other countries. Unfortunately, our motto as the food basket of the nation has become a fantasy over the years.

“The euphoria that accompanied the creation of Benue in 1976 has vanished, leaving behind a frightening reality of underdevelopment, unemployment, poverty, hunger, insecurity, corruption, and a loss of pride,” she said.

Susan said that her focus was to restore the lost glory of the state.

“Our priority is to restore our beloved state back to its glory days and build a more productive and diversified economy by investing heavily in security, agriculture, infrastructure, health, power, ICT, and tax cuts,” she said.

Susan said that she plan to broaden the economic base of the state by unlocking it great potential, especially in the rural areas.

“The plan is to assemble all the indigenous engineers and architects through the Ministry of Works to plan and restructure our state to accommodate an international airport, new roads, flyovers, stadium etc.

“Others are hospitals, schools, ICT/innovation centers, and other modern social amenities across the state in order to boost our economy and attract global investments.

“Also, we are going to establish an education strategy that will be both essential for individual development and for national growth. Our commitment is to provide free pre-primary to primary education, upgrade higher education institutions,” Susan said.

She said that she also plans to initiate a social investment scheme to uplift the living conditions of the people of the state, who were living in extreme poverty.

“The government will make sure that no child’s opportunity is hindered by economic circumstances.

“It is time to move away from the past. We cannot continue to support or vote based on sentiments. It is important to support and vote for someone who is capable with a proven track-record of performance over the years.

“I present myself, not because I am a woman or a mother, but because my wealth of experience in the private and public sector has earned me tremendous knowledge, skill, and capacity to understand the numerous challenges of the Benue people and proffer long-term solutions.

“It is our responsibility to rewrite the socioeconomic narrative for ourselves and the future generations. Let us work together to make this campaign a reality by supporting my fresh and innovative ideas that can propel Benue forward,” she said.

It was reported that Susan is so far the only woman in the 2023 governorship race in the state.