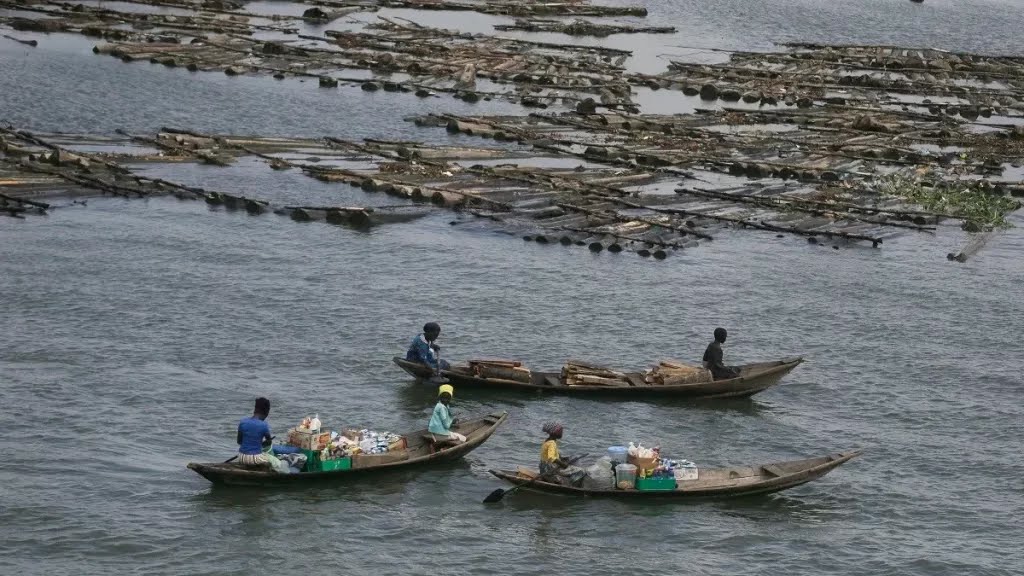 Tthe dead fisherman’s son, Joseph Whensu, told our correspondent that the incident happened while fishing on canoe on Gbaji lagoon in Badagry on Monday night.

According to him, the family became worried when his father, who left home at 7.30 p.m. did not return by 10p.m. as usual.

“So, when it was around 11:45p.m, I was asked by family to go and search for him on the waterways.

“I traveled on waterways from Gbaji to Topo Island, down to Gberefu and other islands asking from different fishermen if they had seen my father’s canoe but they said no.

“I went back home around 1:30a.m. when I could not locate his whereabout on waterways.

“Around 7a.m. on Tuesday, I set out again looking for my father and his canoe; his two wives and children are already crying because this is unusual.

“Unfortunately, what I saw after two hours on waterways was my father’s paddles, floating on top of water, immediately I knew the worst has happened.

“Throughout the second day we searched for the canoe and his body but we did not see anything on the waterways,” he said.

Whensu said that he came out again on Wednesday day with his people in search of his father.

“We have not gone far from home when we saw the canoe of my father on top of the water, it has been damaged by commercial boat.

“The plank had broken beyond repairs. Moving a little further, we saw the dead body of my father on top of water.

“The propeller of the boat engine had cut his head, his body filled with his blood, the commercial boat smuggler taking contrabands to Benin Republic had killed my father, destroying his canoe.

“We took his dead body to the palace of Bale of Gbaji and the traditional ruler appealed to us to go and bury our dead.

“What pains me most was that non of the commercial boat operators attended my father’s burial and I know they are the one that killed my father because of their nocturnal activities.

“I want the government to help me produce the killer of my father and assist the two wives and six children left by the deceased,” he said.

Also speaking, Mr Sunday Ayedogun, the Chairman, Association of Badagry Fishermen, said many agencies of the government responsible for monitoring of waterways had compromised, making the commercial boat operators to operate from 8p.m to 5a.m.

Ayedogun said that the activities of the boat operators had made fishermen in Badagry jobless, adding that they could no longer go on fishing because of the fear of being crushed by these smugglers.

Fatonji said that their activities at night had led to death of many fishermen in Badagry.

Responding, Mr Oluwadamilola Emmanuel, the Managing Director, LASWA, said that investigation was still ongoing to find out how it happened and what exactly happened.

According to the managing director, it was just a claim made by the son of the deceased, there is no evidence that a boat operator was responsible for the fisherman’s death.

“We are still conducting investigation on what led to his death.

“When the investigation by Marine Police is concluded, then we will know which action to take.

“On issue of late night movement of boat, we have our guide, so anybody that works after 7p.m, the Marine Police will arrest him and he will face the consequence,” he said.