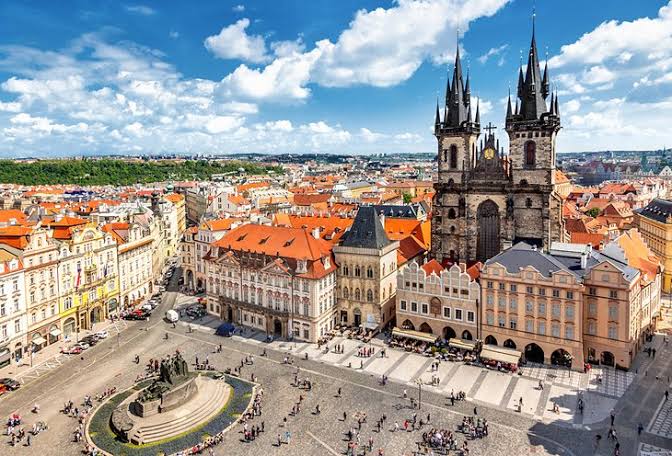 The Czech capital is to rename the section of a street where the Russian embassy is located to “Ukrainian heroes’ street” in an implicit criticism of Moscow’s invasion of its western neighbor.

A nearby bridge over a railway line would be named after the Ukrainian soldier Vitaly Skakun, the local council announced in a statement on Friday.

Skakun delayed the Russian advance by blowing up a bridge in southern Ukraine, losing his own life in the process.

The rest of the avenue, which did not border the Russian embassy, retained the previous name “Korunovacni” (Coronation Street).

Two years ago, the Prague city authorities named a square on another side of the large embassy grounds after the Russian opposition politician Boris Nemtsov, who was murdered in 2015.

An avenue in the nearby Stromovka Park was also dedicated to Anna Politkovskaya, the journalist killed in 2006.

The Czech Republic, part of the former Czechoslovakia, used to be part of the Eastern Bloc countries that were satellite states of the Soviet Union.

Exclusion from G20 will not be ‘fatal,’ Russia says