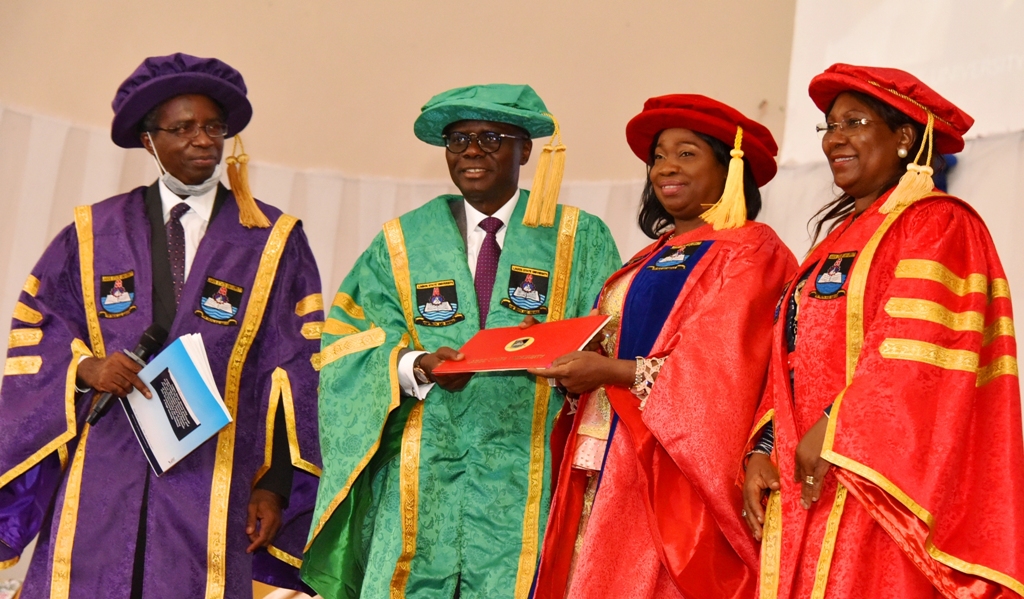 Sanwo-Olu gave the charge on Thursday during the 25th Convocation Ceremony of the school in Ojo.

He said that the new economic reality was for individuals to develop and grow their own businesses in the way that they would be self reliant, while contributing meaningfully to the growth of national development.

”I must, however, not shy away from telling you the truth that the world of work has changed drastically.

”Your ability to adapt to the reality of work and life is a survival technique you all must be ready to imbibe.

”I challenge you to use your acquired education, knowledge and your creativity to redevelop yourselves, cater for your means of livelihood and positively transform the world.

”As a government, we will continue to provide the enabling environment for our youths to engage in meaningful economic activities that will add value to themselves,” Sanwo-Olu said.

He said that with Lagos ranked the fifth largest economy in Africa, the state offered possibilities that could support the graduands’ creativity and entrepreneurial dreams.

The governor, who is the Visitor to the school, commended the feat attained by the university, “as the school had sustained the established culture of excellence and quality tertiary education.”

He said that LASU had evolved from its humble beginnings to attain a world-class status, as the quality of graduates churned out by the school testified to LASU’s tenacity of purpose, teamwork, drive for innovation in teaching, learning and research.

With a Cumulative Grade Point Average (CGPA) of 4.97 over a scale of 5.0, Benjamin Olowu, became the overall Best Graduating Student at the 25th convocation of the Lagos State University (LASU) in Ojo.

The valedictorian, who hailed from Epe Local Government Area of the state, finished from the Department of Mechanical Engineering with the highest grade point in the faculty’s record.

Earlier, the governor inaugurated a Primary Health Centre donated to LASU, by the Office of the Senior Special Assistant to President Muhammadu Buhari on Sustainable Development Goals (SDGs).

Sanwo-Olu said the facility would be further equipped with an ambulance and requisite items to make it function properly.

LASU’s Vice-Chancellor (VC), Prof. Ibiyemi Olatunji-Bello, said that the school management had mapped out a strategy to build on the achievements of the university and take the school to greater level of development.

Olatunji-Bello, who was presiding over the first convocation in her tenure as VC, commended Sanwo-Olu’s support for the school, while pledging the management’s assurance to sustain heights attained by LASU.

The school graduated a total of 7,237 graduands in disciplines across its 10 faculties, with 4,994 bagging first degrees and 1,716 post-graduate degrees.

76 candidates were awarded doctorate degrees, while 451 got Diploma certificates. Stephen Ogunkoya became the Best Graduating Student in the Masters category.