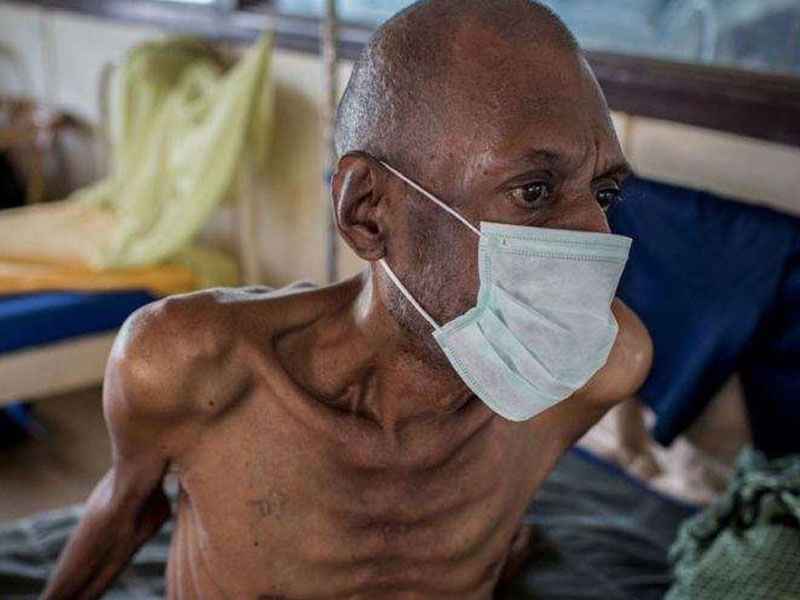 The Federal Ministry of Health says the country’s efforts recorded in the country’s Tuberculosis (TB) response has led to the treatment of over one million Nigerians from 2011 till date.

The Minister of Health, Dr Osagie Ehanire, said this at a news conference to commemorate the World TB Day, on Thursday in Abuja.

It was reported that to create awareness about the impact of TB, World TB Day is marked on March 24, every year.

The day is held to raise public awareness about the health, social and economic consequences of TB, and to step up efforts to end the global epidemic.

The theme of World TB Day 2022 is ‘Invest to End TB. Save Lives’ and Nigeria’s localised slogan is ‘Give more, Do more, End TB now.’

The theme conveys the urgent need to invest resources to ramp up the fight against TB and achieve the commitments made by global leaders to end TB.

He noted that with this array of interventions, the country had no doubt recorded steady improvements in its TB control efforts.

Ehanire stressed that considering the high burden of TB in the country there was still a significant gap between the estimated and notified cases.

He said only about 207,000 TB cases representing only 45 per cent of the estimated cases were notified in 2021.

“A key challenge to our control effort has been low notification of child TB cases mainly due to capacity gaps among healthcare workers in diagnosing TB in childhood.

“Although we notified our highest number of child TB cases of 12,977 in 2021, the child TB proportion amongst the overall TB notification for the same year was six per cent, far lower than the WHO benchmark of 12 per cent.

“This implies a high proportion of missing child TB cases in Nigeria.

“Similarly, our DR-TB response has equally not yielded the desired results.

Another disturbing trend, the minister noted was the low enrollment rate of diagnosed DR-TB patients on treatment.

These untreated DR-TB patients constitute a time bomb as they continuously spread DR-TB in our communities,” he explained.

He noted that the TB preventive treatment (TPT) was also another concerning aspect of the country’s TB response.

“In 2021, Nigeria achieved only seven per cent of its target for TPT amongst under-five and above-five years’ contacts of bacteriologically confirmed TB patients.

“In responding to these challenges, the Government of Nigeria has rejigged its TB response in line with the commitment made by President Muhammadu Buhari to END TB at the first-ever United Nations High-level Meeting (UNHLM) on TB in New York, U.S. in September, 2018.

“As earlier highlighted, these efforts are gradually yielding the desired results as we were able to achieve 48 per cent of our UNHLM TB case finding target for 2021.

“Let me inform you that despite the COVID-19 pandemic, Nigeria was commended for being among few countries with increased TB notification rather than a drop in 2020,” he narrated.

According to him, the aims are to: Ensure continuity of TB services through provision of integrated TB/COVID-19 services especially in the area of awareness creation, diagnosis and contact investigation;

Expand community TB interventions to all 36 States and the FCT;

Massively scale up TB service provision including TPT in both public and private facilities as well as in communities;

Ehanire said that the 2022 theme for TB was apt and fully aligned with the country’s kick-out TB initiative.

“Key activities lined up for the week-long event include amongst others the ministerial press briefing, community outreaches with the Well on Wheels truck and the first lady’s summit” he added.

He reiterated that the administration of President Buhari was very committed to working assiduously with partners to continually mobilize the needed resources for TB eradication in the country.

“Achieving the SDG’s will be a pipe-dream if we do not make conscious efforts to create awareness, curb the menace of child TB and DR-TB in Nigeria,” he added.

COVID-19 pandemic still with us, hard to predict — SGF