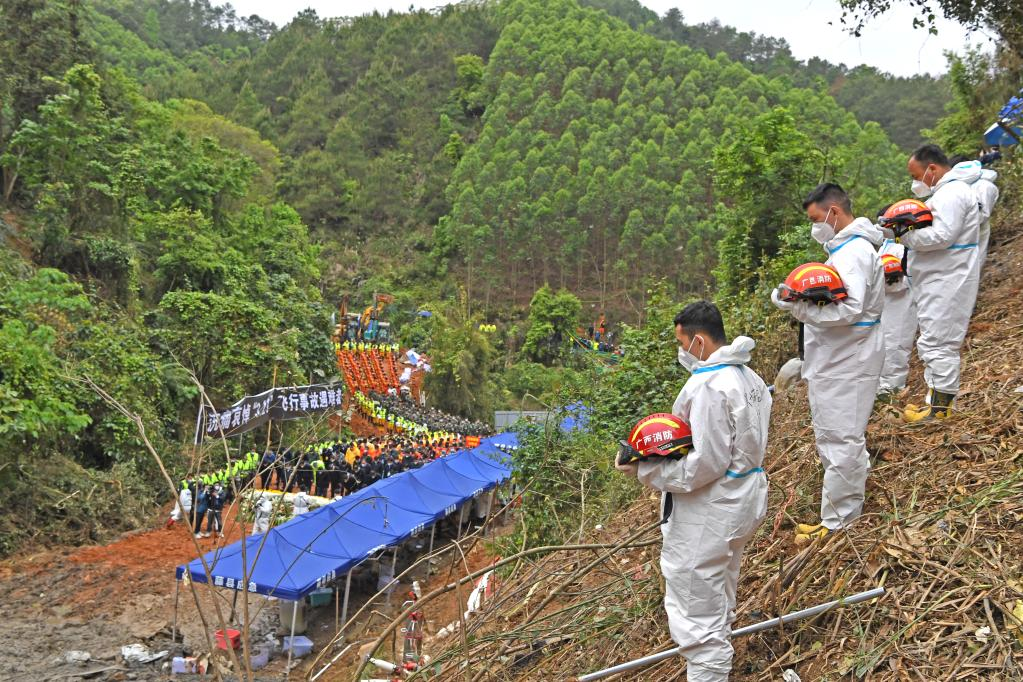 All 132 victims of the China Eastern Airlines plane crash have been identified through DNA testing, an official told a news conference on Monday.

After the accident, public security authorities across 20 provincial-level regions were organised to identify the victims by collecting DNA samples of those on board and their relatives, said Liu Kaihui.

Kaihui is an official with the Ministry of Public Security.

He said that 20 DNA experts have conducted DNA testing and analysis of the samples, and the identity of the final victim was confirmed on Monday morning.

The Boeing 737 aircraft, which departed from Kunming in Yunnan Province for Guangzhou in Guangdong Province, crashed in Tengxian County of Guangxi Zhuang Autonomous Region on March 21.