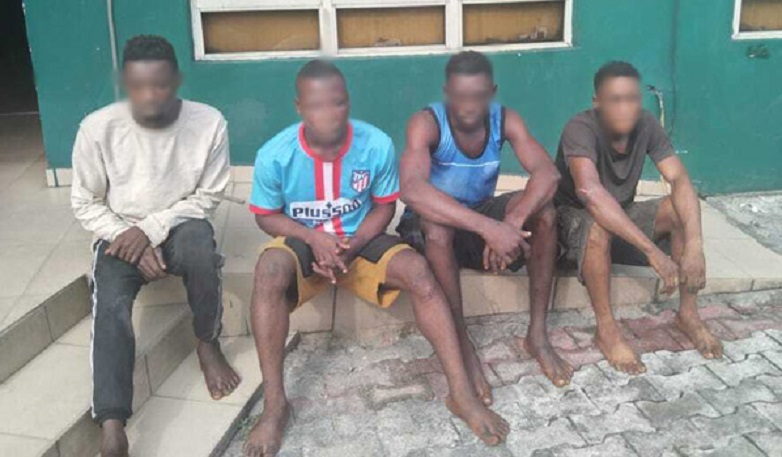 Operatives of the Rivers State Police Command have arrested four suspects involved in the kidnapping and eventual murder of a driver in Emohua, a Local Government Area along the Bayelsa axis of the East/West Road.

The police in a statement by the Command’s Acting Public Relations Officer, Grace Iringe-Koko, said the suspects pretended to be regular passengers along the Federal Highway to board the victim’s vehicle.

But when they got to a quiet part of the route in the Rumuodogo community, they kidnapped the driver, identified as Onyekachi Obioma Chukwuagu, and abandoned the vehicle, with Reg. No. GDD 250 MU by the roadside.

The statement added that “the command upon receipt of the complaint swiftly mobilized operatives to the scene where they cordoned off the area and commenced an intensive search resulting in the arrest of one of the suspects, who led operatives to the rest of the gang, and the location of the victim’s corpse”.

The statement said the suspects claimed that “they murdered the victim, using a machete, for refusing to cooperate with them”.

The Rivers State Police Command said efforts are being intensified to apprehend other suspects indicted in the matter with a view to concluding the investigations.

The Commissioner of Police in the state, Eboka Friday, while condoling the family of the deceased, assured that the suspects would be arraigned in court on completion of investigation in line with his commitment to the cause of justice.