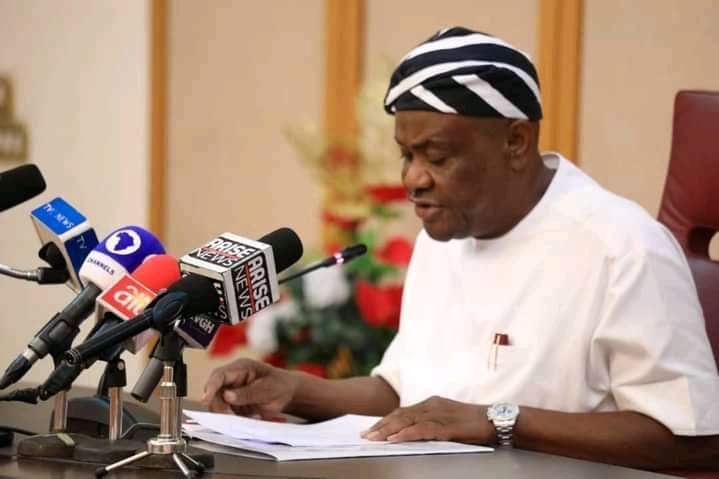 Although it came as a surprise to many in Nigeria politics on Sunday when Rivers State Governor, Mr. Nyesom Ezenwo Wike declared that he will be vying for the office of the President of Nigeria under the platform of the Peoples’ Democratic Party (PDP).

Governor Wike, who made his intention known in Makurdi, Benue State after a meeting with PDP stakeholders, stressed that his priority will be to tackle the festering insecurity in the country and engender rule of law.

“Let me thank the people of Benue for receiving me to come and talk to them. It is obvious that I am going to run for the presidency of this country. And I am declaring for the first time in Benue State because of my special relationship with them. People are merely not suspecting, but let it be known today that I am announcing it in Benue State because I have a special relationship with this state,” the governor was quoted as saying in a statement by his media aide, Kelvin Ebiri.

Responding to questions from journalists on what he was going to be doing differently if elected President, Governor Wike explained that he will pragmatically tackle the issue of insecurity.

He said service chiefs and heads of other security agencies will be provided with the requisite equipment and incentives to discharge their constitutional obligations. According to him, they will also be given timeline to tackle the lingering insecurity as his administration will not be disposed to excuses.

The governor, who condemned the terrorist attack at the Kaduna International Airport over the weekend, said Nigerians urgently need a leader who can address the growing insecurity in the country.

Speaking further, Wike assured that if elected, his administration will engender the rule of law in order to attract more direct foreign investment into the country.

According to him, disregard for the rule of law by the present Buhari-led Federal Government has been one of the banes of direct foreign investment in the country.

“Nobody can bring investments in this country because there is no respect for the rule of law. Nobody obeys court orders. Who will come and invest his money when the court gives its judgement and it will not be obeyed. So, I am going to run for election and victory will be ours.”

Meanwhile, the governor has accused some presidential aspirants who have indicated interest for the party’s ticket as being responsible for PDP’S failure in 2015.

“Those who want to be President now were the problems of the party in 2015. They ran away when the party needed them the most. But I have stood and worked for this party. I have nowhere to run to because I take it personally that the party should not die. And I challenge anyone in a debate what they did for PDP.”

While soliciting the support of delegates ahead of the PDP’S presidential primary, the governor, said he has all that is required to defeat the All Progressives Congress.