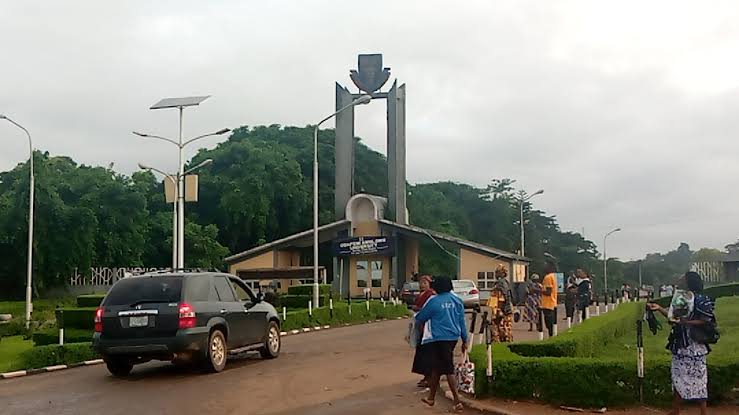 The Committee of Pro-Chancellors of Nigerian Federal Universities (CPC) has reacted to the protest against the appointment of a new Vice-Chancellor for Obafemi Awolowo University, Ile Ife, Osun.

Chairman of CPC, Emeritus Prof. Nimi Briggs, in a statement made available to newsmen in Abuja on Wednesday, urged stakeholders to forge a common front to tackle the challenges currently bedevilling the university.

He said while several well-meaning Nigerians and other stakeholders had condemned the act, the matter should be properly investigated by the country’s law enforcement agents.

He added that criminal charges should also be brought against those behind the protest.

“This will serve as deterrent to those who might want to engage in such actions in future.

”We note that while we may have certain liberties, we do not have the liberty to define what a university is.

”In this 21st Century, where higher education is now a key driver of development and prosperity, we can not run our universities with 19th Century mindsets.

“As ivory towers, universities are ranked against each other globally. That is why the appointment of a vice-chancellor is as rigorous as it is meticulous.

“In our efforts to rebuild our universities against their numerous challenges, we can not afford to introduce primordial sentiments in selecting who should be the chief academic and administrative officers,” he said.

Briggs said besides blocking the entrance to the university and preventing the free flow of traffic, the protest assumed a most bizarre dimension when masquerades and traditionalists began to parade the campus, placing fetish objects in various locations.

According to him, the insistence that an indigene of Ile-Ife be appointed to the position of VC, which formed the basis of the protest was very unfortunate on two premises.

”First, OAU is a federal institution and has staff from all over Nigeria. Second and more importantly, it is a university that recruits staff and students from all over the world.

”In the same vein, the VC can come from any part of Nigeria and the wider world.

”The Committee of Pro-Chancellors of Nigerian Federal Universities notes that stringent protocols guide the appointment of Vice-Chancellors.

”First is a defined scoring formula that is not subjective. This is followed by an oral presentation of the candidate’s vision for the university if appointed and his or her track record and pedigree, in realising aspects of that vision,” he said.

Our correspondent reports that a group of protesters stormed the university as soon as the governing council of OAU, announced the appointment of Adebayo Bamire on March 24 as the substantive VC of the university.