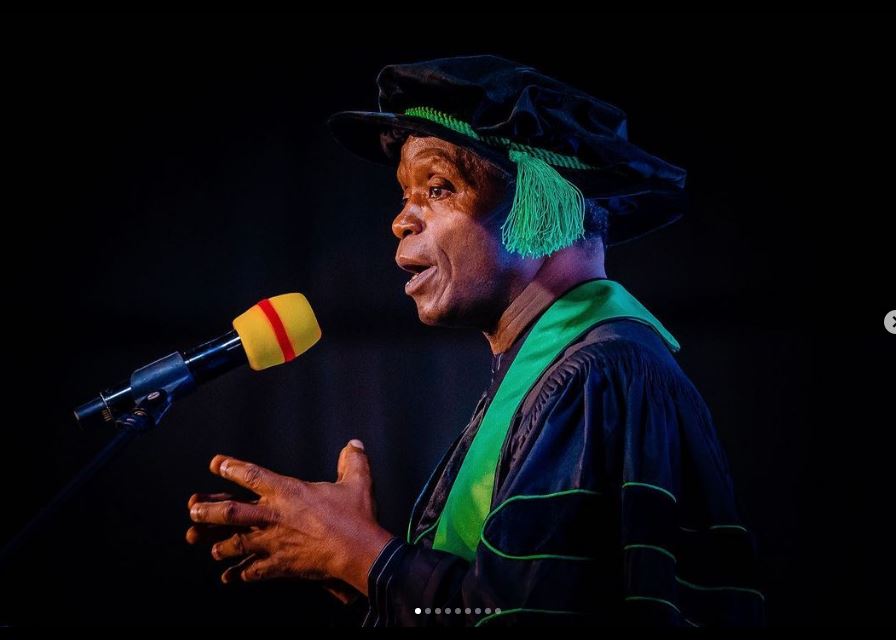 The theme of the summit is: “Reimagining Legal Education in Nigeria”.

The vice president said that such education would not to be confined to the traditional four-wall classroom; a system Nigeria had been operating in the main since the 1960s.

“Legal education, like many other branches of learning, is designed to evolve with and be responsive to the development of society.

“Needs for legal services depend on the general dealings and operations of the society.

“Having been a law teacher for many years, I fully understand that a chief problem of our style of legal education is learning by rote, as opposed to learning for problem-solving.”

Osinbajo recalled his days as a university lecturer where he taught the Law of Evidence.

He said that learning for problem-solving placed more emphasis on understanding how to use case law and statutes to solve real-life legal problems rather than just memorising them.

“It struck me one day while teaching documentary evidence, that students will learn faster if I was able to give them copies of what an original document is, what secondary evidence of it would look like, what a real-life public document is, and what a certified copy looks like,” he explained.

“So, when I taught the complex issues of proof of documentary evidence, they had a good mental picture of what I had in mind.

“Also, by posing a problem and asking them to search out the rules to apply, I found that even the least interested students got involved. This is a snippet of what is called Clinical Legal Education, and it is the new and right way of teaching law.”

The vice president said there was need to decongest over-populated classrooms in law schools across the country by adopting a hybrid approach to education, through the extensive use of technology for teaching.

He said that Nigeria should learn from other nations that had transformed their systems of legal training through developed structures of periodic review.

According to him, population explosion – overcrowded classrooms and hostels, inadequate library facilities, limited pool of qualified law teachers are not peculiar to Nigeria.

He said, however, that other jurisdictions had encountered, at varying degrees, and successfully tackled these challenges.

“Nigeria’s candidates for law school averaged 10,000; a10-year review of the admission list of the Nigerian Law School from 2010 to 2020, shows that, on average, the various campuses of the school can accommodate only about 6,000 students.

On decentralising law schools, Osinbajo said that there were no requirements for residential stay in any formal school setting for the Bar Examination.

“Applications are completed online and the examination, computer-based, is administered at designated centres.

“A character and fitness investigation is conducted on applicants prior to issuance of license to practice law.”

The vice president commended the NBA leadership for its consistent efforts at improving the legal profession through sustained investment in continuing legal education, in particular and advancement of jurisprudence.

He also acknowledged the contributions of Chief Afe Babalola, for being an undiminished light in the legal profession, and devoting his resources to establishing a world-class university and a faculty of law that has attained such distinction in a few short years.

Also on Wednesday, Osinbajo spoke at the opening day of the International Woman Leadership Conference 2022, organised by the Ibukun Awosika Leadership Academy in partnership with Dubai Tourism and Dubai Events.

He said countries with higher levels of gender equality in education and attainment tended to have higher income levels, better lifestyles and better health outcomes.

“The role of women must go beyond merely breaking glass ceilings.

“It must be to attain global excellence and leadership; women must play not just to be represented, but to win,” he said.