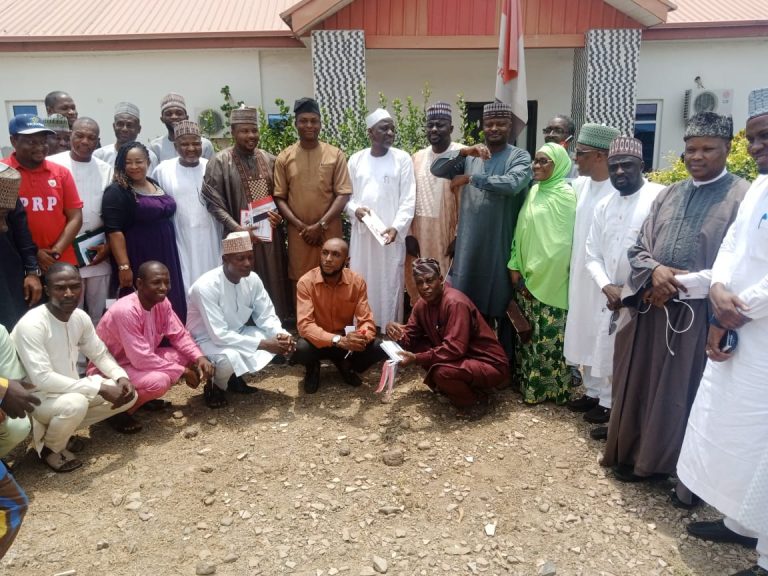 National Chairman of the PRP, Mr Falalu Bello, received the trio into the party’s fold, at the party secretariat in Abuja on Friday.

He said that they had already registered as full members of the party.

Our correspondent reports that Salihu, a former member of the All Progressives Congress (APC) is the son of Alhaji Tanko Yakasai, a renowned politician and founding member of Arewa Consultative Forum (ACF).

While receiving the new entrants, Bello said that the party was open to accommodating persons who shared in the dream and principles of the PRP.

“The PRP is the oldest party in Nigeria formed since 1978.

“We assure them and their followers that they are bonafide members of the party from today, who are entitled to all privileges in the party and are equally liable to respect the rules and regulations of the party.

“It’s a two-way traffic; whatever rights and responsibilities the consultation of the party gives a member, from this moment, it is binding on all,” Bello said.

Responding on behalf of the new members, Yakasai said that it was a great day for them as they were formally received by the PRP.

Yakasai said, “For a while, we have been admiring the People’s Redemption Party from afar.

“We are aware of the principles of the party, the founding fathers of the party like the late Abubakar Rimi, the late Balarabe Musa and the current national chairman of the party.

“Mr Bello, the national chairman has an uncompromising character; this is one of the qualities that attracted us into the party.

“A lot of people will be wondering why it took us this long to join the PRP in spite of the party being 44 years old since formation.

“In the past, in our political naiveness, we were more interested in following individuals. Unfortunately, we did not look at the party or the platform and look deep into their manifestos.

“But after deep reflection, we looked inward and looked at PRP’s manifesto and found out that the party is the only platform that could salvage this country from its challenges.”

He assured the party leadership that they would inject fresh ideas and proposals that would add value to the party.

“It is important for us to be united and to remain committed for the overall development of the country,” he said.

Meanwhile, the PRP will hold its National Convention on Saturday, April 2.

“I will conclude my tenure in 2023,”-Umahi reacts to Appeal Court judgment