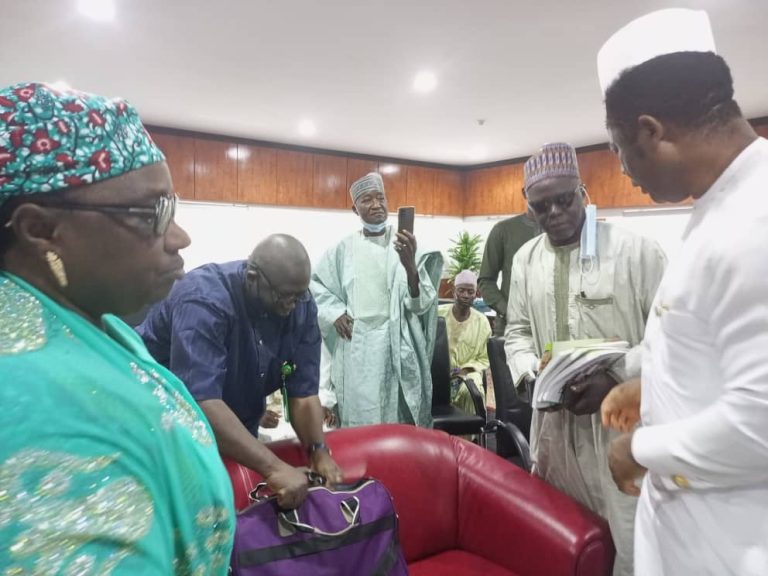 Mr Tein Jack-Rich, President and Founder, Belemaoil Producing Ltd., and presidential aspirant under the All Progressive Congress in the 2023 General Election, has donated N15 million to the victims of Kaduna-Abuja train attack.

Jack-Rich, who made the donation in Kaduna on Friday during a courtesy call on the Kaduna State Government, called for collective and concerted efforts towards tackling security challenges in the country.

The presidential aspirant, who was received by the Deputy Governor, Dr Hadiza Balarabe, explained that he was in Kaduna to commiserate with the State Government and the victims of the attack.

He explained that his action was in response to the Federal Government’s call, through the Minister of Transportation, Mr Rotimi Amechi, urging Nigerians for financial support to treat the victims.

He expressed concern on the spate of insecurity in the country, and called for concerted efforts and support from all Nigerians to address the security challenges across the country.

”We need to come together as one indivisible Nigeria, and with determination, we can take back our dear country from the enemies and restore the peace and tranquillity Nigeria was known for.

”Let me commend the Nigeria Army for providing free medical service to the victims of the attack, and for the timely rescue efforts in collaboration with other security agencies.

“Our government needs to invest more funds in security and our security agencies need to step up intelligence gathering and information sharing to prevent avoidable attacks on Nigerians,” he said.

Jack-Rich also called on the public to support ongoing efforts by providing relevant information to security agencies to enable them take proactive steps to address the challenge.

Earlier, the Deputy Governor, who received the donations on behalf of the victims, expressed gratitude for the gesture and urged other Nigerians to do same.

While commiserating with the families of the deceased and the injured at 44 Nigerian Army Reference Hospital, Kaduna, the oil mogul urged them to remain calm and prayerful, stressing that things would get better.

”My heart reaches out to their loved ones. I pray that those in captivity regain their freedom and those that are injured, I wish them speedy recovery.

“For those that lost their lives, may their souls rest in peace and I pray that God gives the families, the fortitude to bear this painful loss,” he said.

Jack-Rich also appealed to the kidnappers and those causing mayhem in the country,to lay down their arms and embrace peace.

In his remarks, the Chief Medical Director of the hospital Col. Stephen Onuchukwu, said that the hospital had received 26 victims and discharged 19.

Onuchukwu added that the victims were treated at no cost as part of the hospital’s corporate social responsibility.

One of the victims, Mr Yakubu Nuhu, Katsina State Commissioner of Health, commended the Nigerian Army for the rescue, which according to him, had saved several lives.

Nuhu also thanked the hospital for the best of medical care given to them at no cost.