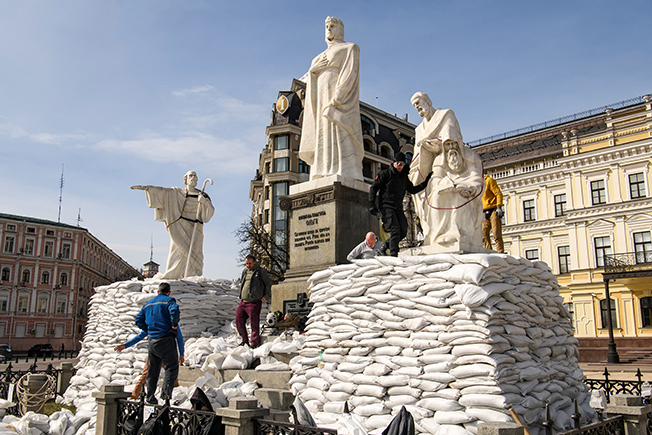 UN cultural agency on Friday said dozens of churches, historical sites and museums have been damaged by the war in Ukraine, adding that it was particularly worried about the northern city of Chernihiv.

UNESCO said it had bolstered protective measures for Ukraine’s endangered cultural heritage in light of Russia’s invasion, such as using a “Blue Shield” emblem to mark its cultural sites and monuments.

Ernesto Ottone, UNESCO’s assistant director-general for culture, told a news conference that “we are very concerned about both the situation at the humanitarian and (cultural) heritage levels. Humanity’s heritage is in danger (in Ukraine).”

UNESCO chief, Audrey Azoulay, wrote to Russian Foreign Minister, Sergei Lavrov, at the beginning of March to remind him that Russia was a signatory to the convention for the protection of cultural heritage at the time of war.

Having initially said Moscow had not responded, UNESCO later said it had received an answer, in which Russia said it was aware of its obligations and was “committed” to them.

At talks, Moscow, which calls its actions in Ukraine a “special military operation” to demilitarise the country, said it would reduce offensives near Kyiv, the capital, and the nearby city of Chernihiv to build trust.

Kyiv and its allies said Russia was pulling troops out of those areas, not as a goodwill gesture but to regroup, because they have taken heavy losses.