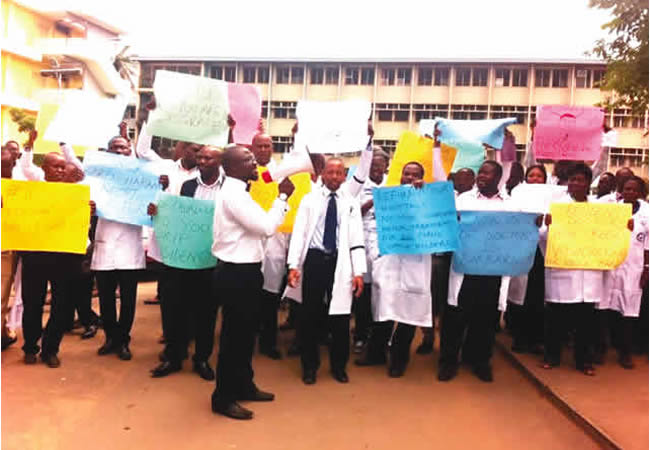 The Management of the University of Ilorin Teaching Hospital (UITH) says it has procured 15 new petrol-powered generators to improve electricity supply to the hospital in the last one week.

Mrs Elizabeth Ajiboye, the Head, Corporate Affairs Unit of UITH, disclosed this on Sunday in a statement made available to our correspondent.

This was in reaction to the four days warning strike recently embarked upon by the UITH branch of the Association of Resident Doctors (ARD).

The statement noted that though the four-day warning strike would end on Monday, April 4, 2022, it was important to let the general public know that UITH management had taken appropriate steps to address the unfortunate development.

She said; “The thrust of the issues behind the strike was the recent irregular supply of water and electricity to certain areas and sections of the hospital.

“The sudden rise in the cost of diesel oil across Nigeria and its scarcity is equally not leaving out the UITH among those suffering the brunt of the astronomical rise in the price of the essential commodity and its unavailability.

“As a tertiary health institution, we promptly swung into action by improvising on sources of improved power into various sensitive sections of the hospital”.

Ajiboye explained that the hospital revitalised the Solar system and purchased needed generating sets, powered by Premium Motor Spirit (PMS) which were promptly distributed to all the sensitive sections of the hospital.

She said that the step became necessary to save lives and keep both the clinical and administrative systems running.

“The smaller capacity diesel generators are being used more often to reduce the quantity of diesel, which is difficult to source.

“Our boreholes are also providing water which is supplemented by water from our tankers.

“The electricity distribution company has also increased supply to the hospital from 4 hours to 12 hours daily,” she said.

Ajiboye, therefore, reassured all and sundry that clinical service is ongoing in UITH and there was never a suspension of the services.