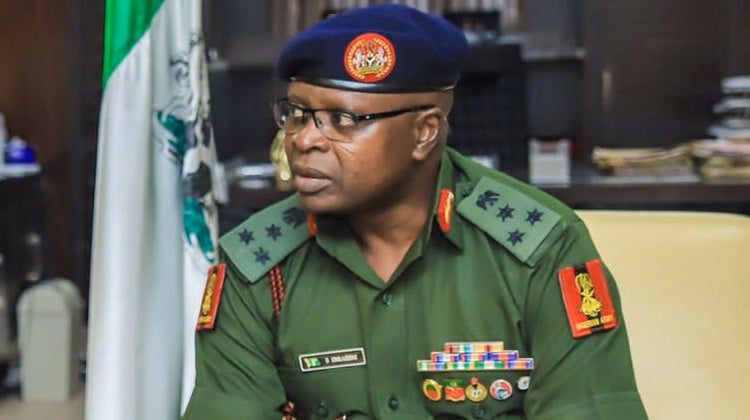 Ibrahim gave the warning on Wednesday during the inauguration of the senior staff quarters, initiated and completed by the State Coordinator, Mrs Victoria Ani, at the NYSC Permanent Orientation Camp, Ikare-Akoko, Ondo State.

“Let me warn you against using social media to disparage government policies.

“Rather, you should allow all the lessons learnt in the course of the orientation programme to incorporate you into change vanguards and the youths of the new Nigeria, who will take the nation out of the myriads of challenges facing it,” he said.

Addressing the corps members shortly before inaugurating the staff quarters, the director-general warned them against any act inimical to the success story of the scheme.

Ibrahim, who said that he was determined to protect all the corps members serving nationwide, admonished them to study their environment very well and make prompt report to security agencies in case of any security threat.

“My dear patriotic children in the service to the fatherland, I want to urge you to give your best to the development of this country wherever you find yourselves and continue to work relentlessly towards achieving the unity and integration of Nigeria which the NYSC was established to promote.

“The Federal Government and the good people of this country expect nothing short of patriotism, and devoted service from you and from our part; we will not relent in improving on your welfare.

“This is the part of the reasons why you have been enrolled into the National Health Insurance Scheme (NHIS).

“I want you to reciprocate the kind gesture and welcome development from the government and contribute your quota at your various places of primary assignment and host communities,” he said.

Also, the D-G commended the Ondo State Coordinator, Mrs Victoria Ani, for keeping faith with the policy thrust of the management.

Ibrahim said that the top management of the scheme would continue to support initiatives that were geared towards enhancing the welfare of not only the corps members, but the workforce as well.

“When my administration came on board almost three years ago, one of the policy thrusts was to enhance both staff and corps members’ welfare, with the holistic approach and the determination with which we pursue all our agenda.

“The state coordinator did not only share our vision but has committed herself to implementing it.

“I am really impressed with what is happening here today and I want to say with all sincerity of purpose that the state coordinator has not only added value to the scheme by this singular act, but she has shown that we can all leave lasting legacies if we are determined to do so,” he said.

The D-G said that the era of waiting on government to provide everything for the citizenry had gone for good, and encouraged leaders to make sacrifices that would make the followers to want to give their best.

Earlier, Mrs Ani said the need to make staff more comfortable while performing their duties informed her decision to embark on the project.

Ani said that the project which the foundation laying ceremony was performed by the Director General in August 2021 was completed in a record time of seven months.

She appreciated the staff of the Secretariat for the implicit trust reposed in her in the last one year which made them rally round her and financially support the project.

The inauguration of the nine-room, self-contained senior staff quarters, which was moderately furnished, is part of the activities marking the one year in office of the state coordinator.