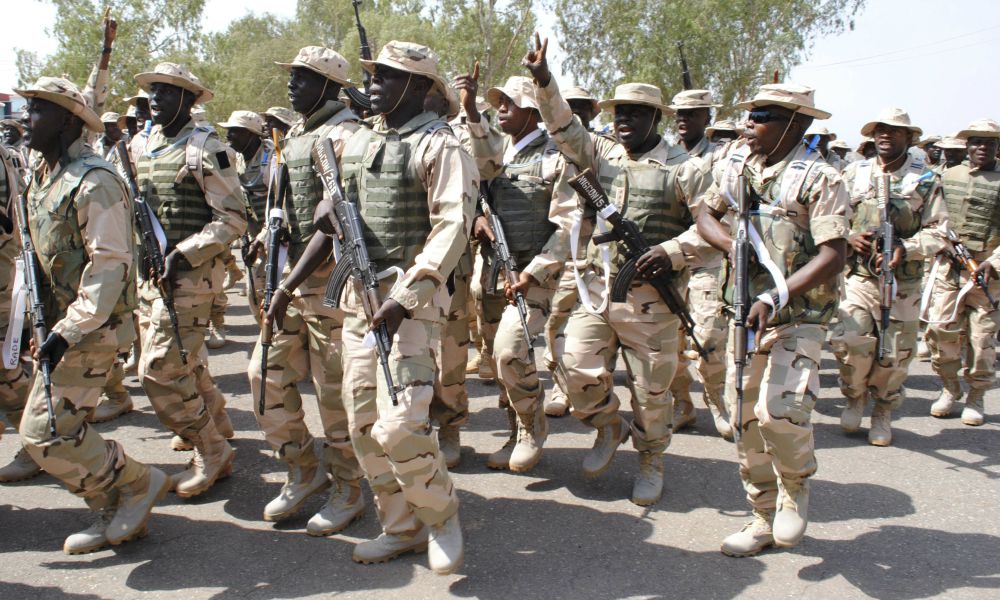 The Defence Headquarters says the troops of Operation Delta Safe have recovered 12.1 million litres of illegally refined Automotive Gas Oil (AGO) and 4,000 liters of stolen crude oil in two weeks.

The Director, Defence Media Operations, Maj.-Gen. Bernard Onyeuko, revealed this while briefing newsmen on the operations of the military between March 25 and April 7 on Thursday in Abuja.

He added that two suspects associated with vandalism and stealing of high-tension cables were apprehended and handed over to the appropriate authorities for further action.

According to him, troops have continued to dominate the zone and conducted anti crude oil theft and anti-illegal oil bunkering related operations at different locations in Delta, Rivers and Bayelsa States.

Onyeuko said the Nigerian Navy had recorded a milestone in indigenous systematic survey and charting of the nation’s offshore waters.

He said the commencement of the indigenous survey would support the Federal Government’s economic diversification initiative through maritime security, maritime trade and transport and also boost confidence of mariners.

According to him, with this achievement Nigeria has joined the elite group of chart producing nations in the world.

He said the operation was designed to secure critical maritime infrastructure, create enabling environment for the sustenance of desired level of hydrocarbon production, safe shipping and economic activities.

He said it was also aimed at restoring investors’ confidence in Nigeria maritime domain among others.