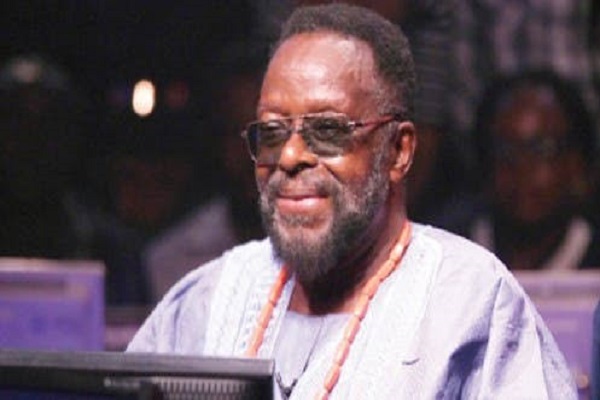 The remains of the late veteran Nollywood actor, Chief Lari Williams, will be buried on April 14 in his home town, Yala Nkum in Ikom Local Government Area of Cross River.

The first son of the deceased, Femi Williams, disclosed this to our correspondent on Thursday.

Our correspondent reports that Chief Lari Williams, popularly called “Uncle Lari”, who was born on Sept. 8, 1940, died at 81, on Feb. 27 in his home town after a brief illness.

He said that a service of songs would be organised for the deceased on April 11 in Lagos and another on April 13 in his hometown, before he would be laid to rest on April 14.

Williams said that the family decided to begin the celebration from Lagos, where his father spent most of his life.

According to him, the service of songs will take place in Trinity House, Zion Centre, Victoria Island, the church his father attended during his lifetime.

“My father impacted on the lives of many young artistes through training and mentorship in the profession.

“He was quite a determined perfectionist who never compromised the profession, he lived and died loving the theatre instead of financial gains.

“My dad was a quite determined man who took interest in training young people, making them repeat their lines over and over again.

“Even when he was given a short notice to go and perform on stage, he would gather his troupe, train the dancers and make them perform their best,” he told our correspondent.

He noted that late Williams, who was the only son out of three children, was not particular about financial rewards but only wanted to deliver.

“He was a great man that spent all his life on stage, acting, singing and dancing. He will be remembered without limit,” he said.

During his lifetime, Williams earned a prestigious national honour; Member of the Order of the Federal Republic in 2008.

The deceased was the inaugural president of the Actors’ Guild of Nigeria (AGN) and had a career that spanned over five decades.

He attended CMS Grammar School, Lagos and later studied journalism at the London School of Journalism.

He developed his interest in drama at Morley College, Mountview Theatre School (London) and then the University of Iowa in America.

He returned to Nigeria in 1977 for FESTAC ’77 and decided to remain in Nigeria with his family.

He acted in soaps like Village Headmaster, Ripples, Mirror in The Sun and also taught arts at the National Theatre.

Some of Williams’ published works include plays like Black Current, Storm Baby, Kolanut Junction and Heartlines.