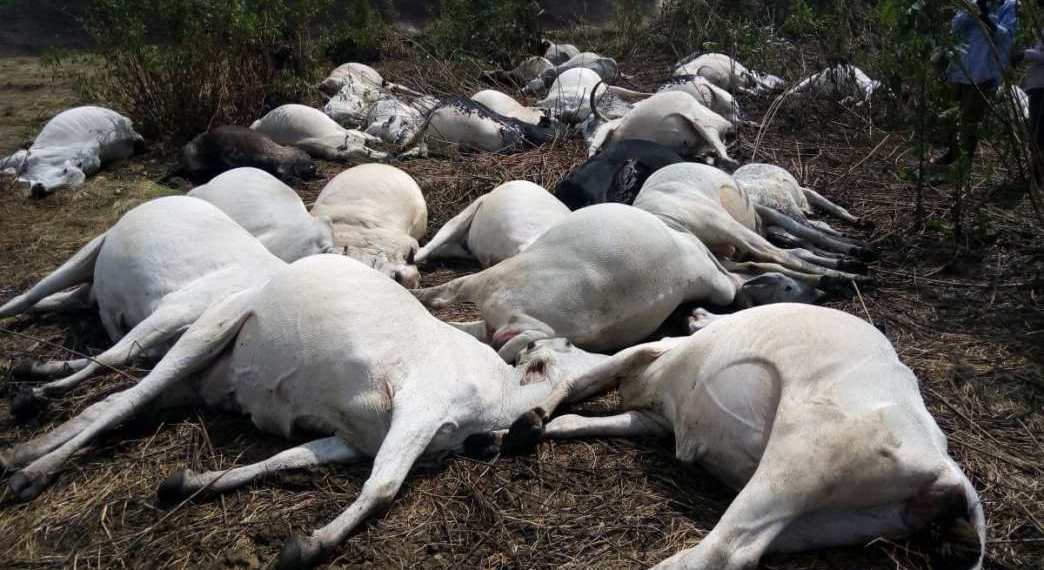 Residents of Kogi were on Thursday advised to shun cow meat for at least one week as 20 cows died mysteriously in Lokoja.

The state government says there is the possibility that the cows ingested poisonous substances while grazing.

He said beef from some of the cows were already in Lokoja markets, but had been recalled.

He said some of the cows had already been taken to markets in Osara in Adavi Local Government Area; to Ajaokuta, to Obajana, to Kotonkarfe and to Kakanda for sale to members of the public.

He said the ministry was collaborating with security agencies to bring the herders to question.

“The cows emerged from the back of the state’s Secretariat complex where they had gone to graze. All of a sudden, they started behaving funny, slumped and died within minutes.

“Upon interrogation, the herder said he was coming out with the cows after grazing when the incident happened,” he said.

Emmanuel assured that the NSCDC would investigate the development thoroughly to ascertain where the dead cows had grazed and also to prevent possible sale and consumption of the infected beef.