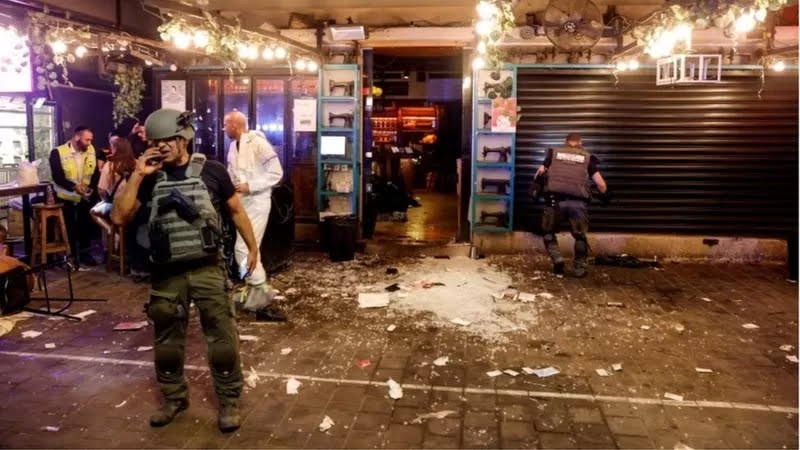 Israeli security forces have shot and killed the suspected assailant in an attack that left two people dead in Tel Aviv on Thursday.

The Israeli domestic secret service, Shin Bet, announced it had tracked down and shot the suspect on Friday morning.

It explained that the suspect was a 28-year-old Palestinian man from Jenin, in the West Bank, who had no clear links to terrorist organisations and had no previous arrests.

He, however, was in Israel without a permit.

After an intensive search by security forces lasting around nine hours, the suspect was found in the city of Jaffa hiding near a mosque and was shot in an exchange of fire.

“We remain at maximum alert levels, both in Tel Aviv and the whole country, out of concern there could be further incidents or copycat attacks,” Prime Minister Naftali Bennett tweeted.

“Our war against murderous terror is long and hard.”

Defence Minister Benny Gantz tweeted: “We got our hands on this despicable terrorist.

“We will expand our attack, defence and intelligence activities against this wave of terror.”

The local media reported that two men aged 27 and 28, were killed in the Thursday attack.

At least 10 other people suffered gunshot wounds in the shooting.

The attacker opened fire on the customers at a bar on the busy Dizengoff Street, police said.

Army Radio later reported that those injured were in stable condition, citing the hospital where they were being treated.

“Young Israelis who did not do anything to anyone were murdered, simply because they were Israelis,” Foreign Minister Yair Lapid said.

“This terror is the poisonous result of ongoing incitement by terrorist organisations driven by an ideology of hate,” Lapid said.

“The killing of Palestinian and Israeli civilians only leads to the further deterioration of the situation while we seek stability, especially during the holy month of Ramadan, and the upcoming Christian and Jewish holidays,’’ Abbas said,

“We are closely following developments and will continue to be in regular contact with our Israeli partners, with whom we stand resolutely in the face of senseless terrorism and violence.”

In the past two weeks, 11 people have been killed in a series of attacks in Israel.

In two of the three attacks, the attackers were Israeli Arabs with links to Islamic State.

In the third attack a week ago, the assailant was a Palestinian.

Further acts of violence on Israel are feared during Ramadan, which began on Saturday.

The recent spate of violence has marked the bloodiest week in Israel for 16 years.

WHO records more than 100 attacks on health care in Ukraine