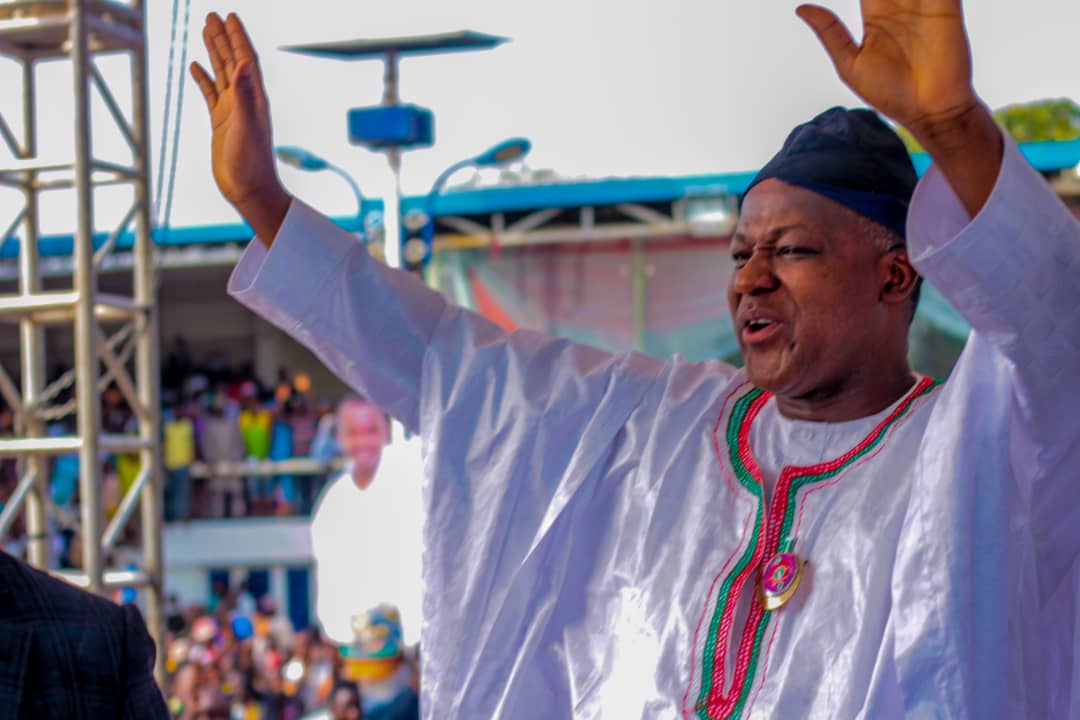 The Federal High Court (FHC)’s vacation has stalled the judgment in suit seeking for the declaration of the seat of Rep Yakubu Dogara vacant on account of his defection to the All Progressives Congress (APC).

Our correspondent had, on March 23, reported that the judgment, in two separate suits filed against Dogara, was fixed for today, Monday, by Justice Donatus Okorowo of an Abuja division of FHC.

The first suit, marked: FHC/ABJ/CS/883/30 and filed by Incorporated Trustees of United Global Resources for Peace Organisation Vs. Rep Yakubu Dogara and five others was on number one on the cause list.

However, the second suit, marked: FHC/ABJ/CS/1060/20 filed by the Peoples Democratic Party (PDP) Vs. Rep Yakubu Dogara and four others, was on number five in today’s cause list.

When our correspondent visited Court 6 where Justice Okorowo presides, the courtroom was empty with court registrar and other workers doing their daily activities.

Our correspondent was, however, told that the judgments could not be delivered since FHC had began their Easter Vacation.

The court began the vacation on April 8 and will end April 25.

“My lord is waiting of the Chief Judge of the court will give a fiat for the judgments to be delivered during this vacation.

“But as it is now, no date has been fixed and parties will be communicated as soon as another date is fixed,” one of the court workers told our correspondent.

It was reported that the PDP and the group had asked the court to remove the former Speaker, House of Representatives, Dogara, as member representing Dass, Tafawa Balewa and Bogoro Federal Constituency of Bauchi State, over his defection to APC.

While the PDP is the plaintiff, Dogara, the speaker of the House of Representatives, the Attorney General of the Federation (AGF), Independent National Electoral Commission (INEC) and the APC are 1st to 4th defendants respectively in the second suit.

Dogara had, on July 24, 2020, defected from the PDP to the APC when he submitted a resignation letter to the chairman of the Bogoro ‘C’ Ward in the state.

The plaintiff, through their counsel, Jubrin Jubrin, said by virtue of Section 68(1)(g) of the Constitution, Dogara by defecting from the party that sponsored him to the ninth National Assembly before the expiration of his tenure, ought to vacate the seat as he was no longer qualified to partake in the activities of the lower house.

It was reported that Justice Inyang Ekwo, a sister judge, had, on March 8, sacked Governor David Umahi of Ebonyi and his deputy, Kelechi Igwe, alongside other lawmakers who dumped the PDP for APC, describing their action as unlawful.

Justice Taiwo Taiwo, another judge in the Abuja division, had also, on March 21, ordered the 20 lawmakers from Cross River to vacate their seats following their defection from the PDP to APC.
The lawmakers comprises two House of Representatives members and 18 state’s House of Assembly members.