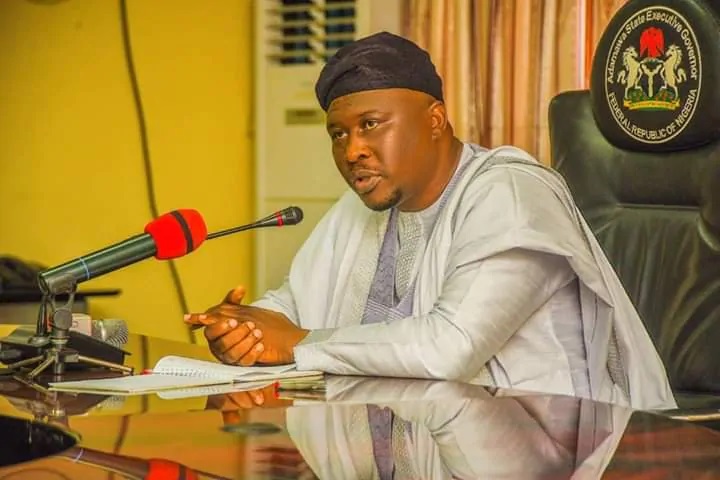 Gov. Ahmadu Fintiri of Adamawa on Monday declared to contest for second term in the 2023 general elections under the platform of Peoples Democratic Party (PDP).

Fintiri made the declaration during the swearing-in programme of newly elected 21 Local Government Council Chairmen in Yola.

According to him, my decision to contest for second term is to enable me to continue and consolidate on the achievements so far recorded.

On the presidential race, the governor said that the party should field former Vice President Atiku Abubakar as a saleable candidate.

“I’m fully committed to the aspiration of Waziri Adamawa and former Vice President Atiku Abubakar and I’m urging people to go all out to mobilise friends and associates outside the state to actualise the dream,” Fintiri said.

He appreciated the efforts of the Adamawa State Electoral Commission for conducting a peaceful election and equally felicitated with the PDP candidates for their victory.

He tasked the newly elected chairmen and councilors to discharge their responsibility with diligence, allow their doors open and deliver good governance to the people.

In a vote of thanks on behalf of the newly elected local government council chairmen, Suleiman Sudi of Mubi North thanked the governor for ensuring credible conduct of council elections.

He pledged that they would not disappoint the people.

According to him, it is our collective responsibility to provide dividends of democracy for people at their respective areas.

BREAKING: Osinbajo declares intention to run for President in 2023