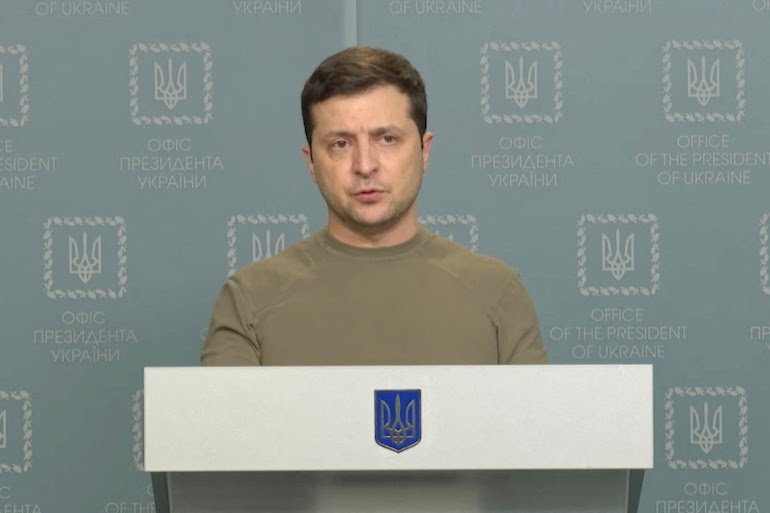 Zelenskyy asked South Korea to change its policy and to supply him with weapons to fight the Russians during a video address to the National Assembly in Seoul on Monday.

“There can be no hope that Russia will just stop itself.

“We need air defence systems, we need aircraft, tanks, other armoured technology, artillery systems and ammunition,” he said in the speech shown on television in Ukraine and South Korea

He appealed to both South Korea and the international community.

He said that he believed tens of thousands of people had been killed by Russians just in the besieged port city of Mariupol alone, a number higher than the “thousands” spoken of by other Ukrainian officials.

In his roughly 15-minute address to members of the National Assembly, Zelenskyy thanked South Korea for the support it had provided so far, but saying that South Korea had refused to supply weapons.

This position was reiterated by Defence Minister, Suh Wook, in a telephone call with his Ukrainian counterpart Oleksii Reznikov on Friday.

South Korea saw Russia as playing an important role in the efforts to settle the dispute over North Korea’s nuclear weapons programme.

“The connections of Russian banks with the global financial system must be completely severed,” Zelensky told South Korean lawmakers.

“Above all, Russian oil exports must be stopped,” he said