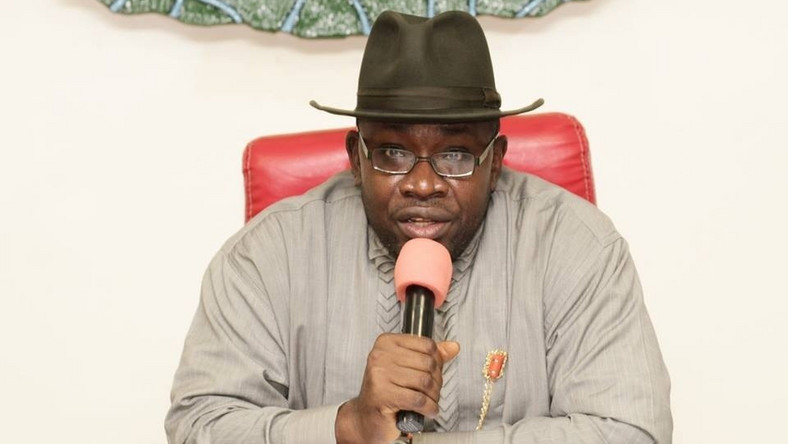 The immediate past governor of Bayelsa, Sen. Seriake Dickson, has cautioned members of the Peoples Democratic Party (PDP) in the state against disunity.

Dickson, in a statement issued on Tuesday in Yenagoa by his media aide, Mr Fidelis Soriwei, urged the members to be loyal to Gov. Douye Diri.

Dickson, who currently represents Bayelsa West senatorial district at the National Assembly, described Diri as the leader of the party in the state.

”Let’s avoid anything that will ignite division and disunity. As a former governor, my loyalty goes to the current governor,” he said.

Dickson, who is seeking a second term re-election as senator, said that the party would fare better if it shunned discord and remained united.

”All those who are trying to cause disaffection within the leadership of the party over the 2023 general elections must desist forthwith.

”Don’t forget how the mercy and grace of God blessed our collective efforts to retrieve our stolen mandate by enthroning the current state government,” he said.

The former governor urged all aspirants in the state to play decent politics.

“I have always maintained that all political ambitions are legitimate, people should pray, consult and work hard.

”As a party, we shall look into all the emerging issues and resolve them accordingly,” he said.

Dickson congratulated the Diri-led government for completing the New Yenagoa City Bridge which was initiated by his administration.

“This is a good demonstration of the spirit of continuity in governance. This will bring alive the New Yenagoa City project,” he said

”By this development, allottees can now plan to make their inputs to the building of a truly befitting modern state capital,” he said.

He urged Bayelsa people to make meaningful inputs towards better governance in the state.

13,000 Nigerians are my employees– Orji Kalu