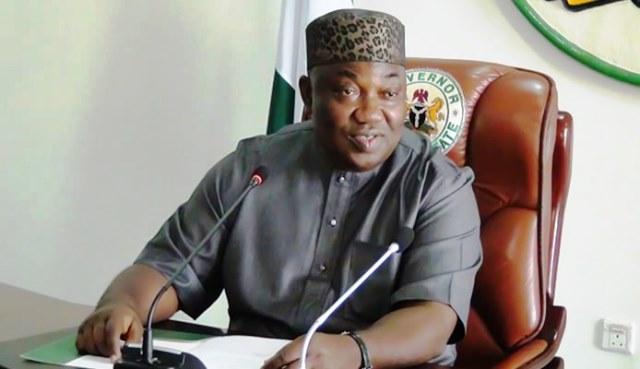 It was reported that the peace meeting, convened in line with his peace initiative, had engendered reconciliation among the members.

Disagreement had erupted during the monthly local government meeting of the party, held at the weekend at Ndeaboh, which left some people injured.

The meeting, which involved the faction led by the LGA Chairman, Mr Benneth Ajah, and the one led by the lawmaker representing Aninri Constituency in the State House of Assembly, Mr Chinedu Okwu, provided the platform for the participants to table their grievances before the governor.

Ugwuanyi urged them to embrace peace and work together as brothers for the progress of the party, the council area and state in general.

In their separate narrations, all the speakers pledged to abide by the governor’s decision at the meeting aimed at amicably resolving the issues.

They also pledged to abide by the governor’s directives regarding the PDP primaries in the state and 2023 general elections.

They thanked the governor for his commitment and resilience in resolving issues in the council area on several occasions and apologised to him for the disagreement that ensued at the weekend.

They assured him that such an unfortunate incident would not happen again in the area.

As part of the resolutions at the meeting, Ugwuanyi directed that on no account should non PDP members should be allowed at party meetings in the area.

He further directed that the suspension of some party executives in Oduma Ward IV be lifted.

The governor said that Victor Okoro remained the Chairman of the party in the area and that nobody should attempt to remove him or his deputy.

He urged the chieftains to support Okoro to develop the area and promote peace and unity among the people.

The stakeholders thanked Ugwuanyi for his fatherly intervention, describing him as God-fearing, a man of peace and humble leader.

They said he had made a lot of sacrifice for peace to reign in the area.