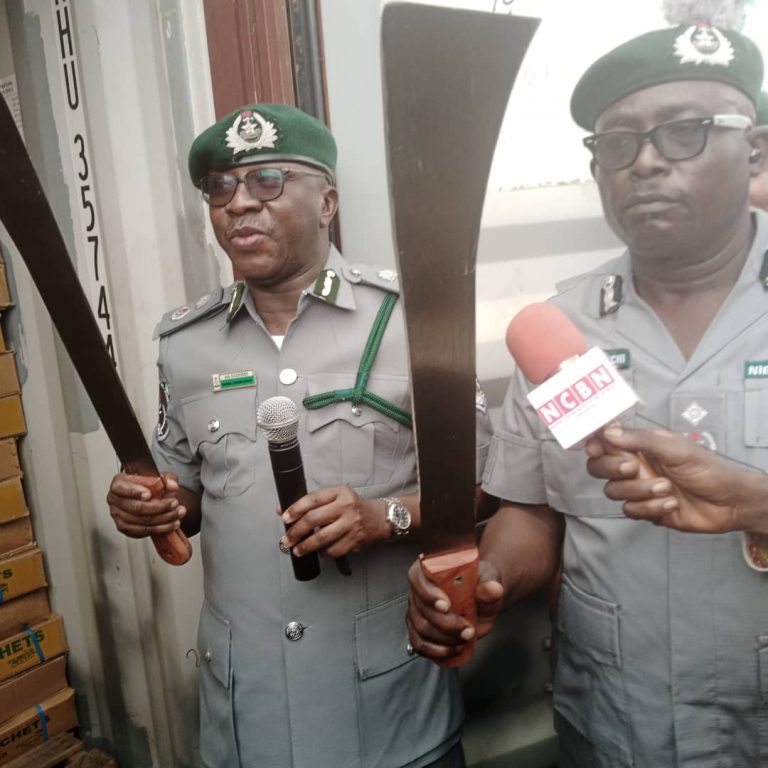 The TinCan Island Command of the Nigeria Customs Service (NCS) generated N135.44 billion in the first quarter of the year.

The Customs Area Controller, Comptroller Olakunle Oloyede, made this known at a media conference in Lagos on Wednesday.

He said that the command’s operations for the first quarter significantly aligned with the statutory responsibilities of the service.

Oloyede said this was so in the areas of revenue generation, trade facilitation and enforcement/anti-smuggling activities.

He said that commodities exported through the command include copper ingots, stainless steel ingots and sesame seeds.

In the area of enforcement and anti-smuggling activities, Oloyede said that seized items include 145kg of Colorado (hemp) concealed in 2 units of Ridgeline trucks and 2 units of Toyota Corolla vehicles.

Oloyede said that the command was still facing challenges in the area of treatment of overtime cargo because of the non-implementation of the extant laws guiding uncleared cargo.

“Additionally, the lack of government warehouses at close proximity to the port has led to difficulties in logistics and handling cost,” he said.

On the 2022 fiscal policy, he said that a 90-day grace period had been given for the implementation of the new duty and excise rates.

“The Federal Ministry of Finance has recently published the 2022 Fiscal Policy with an effective date of April 1, however, with the 90-day grace period, it will take effect from June 1.

“As much as the Service is putting in the effort to make the necessary adjustments, we are experiencing minor delays in its full implementation because the system is not designed to be retroactive,” he said.

Oloyede thanked them for their relentless effort towards strengthening the capacity of the service to perform its statutory responsibilities in line with international best practices.

He said that the command was optimistic that the e-customs agenda and deployment of non-intrusive technology, such as scanners, would help them achieve more.

Nigeria, others to benefit as IMF unveils $45b fund