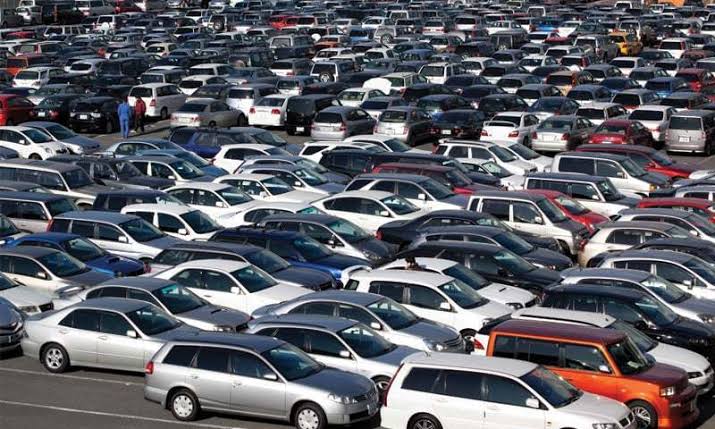 The Association of Nigerian Licensed Customs Agents (ANLCA) has said that more than 90 per cent of vehicles trapped at the Lagos port due to the Vehicle Identification Number (VIN) Valuation protest, had been evacuated.

Alhaji Rilwan Amuni, Taskforce Chairman of ANLCA made this known in an interview with our correspondent on Wednesday, in Lagos.

Our correspondent reports that on Feb. 21 Clearing agents crippled economic activities at the Lagos ports, with protests at the Tin Can Island Port and Port and Terminal Multi-services Ltd (PTML) Terminal.

This had to do with the anomalies in the VIN valuation system policy introduced by the Nigeria Customs Service (NCS) for imported vehicles.

To address the situation after a town hall meeting and on March 7, the NCS gave a one month window for agents to evacuate the trapped vehicles in the port.

According to Amuni, the 30 days window given by customs should have ended on April 7 or 8 but up till now, there had been no communication from the NCS.

“On the 30-day window given by the Customs, are they, the Customs, not confused themselves, it has ended and they have not communicated with us.

“We tried to communicate with them but they said that they would get back to us.

“This ended on April 7 or 8 and the way they answered us was by introducing another policy, the National Automotive Council (NAC) levy on imported used vehicles, pegged at 15 per cent.

“But a lot of trapped vehicles have gone and I can tell you that more than 90 per cent have been evacuated and this is good statistics,” he said.

Amuni pointed out that as at Monday, there were rumours that the e-valuation would come in but till now, they were still expecting the exercise.

He advised members that still had backlogs to go and pick them out because on resumption, after the Easter break, there might be an uprising due to the NAC levy.

“But, we are calling on our youths to be law abiding. We will be discussing with Customs on this,” he said.

When contacted, the NCS National Public Relations Officer, Deputy Comptroller Timi Bomodi, said that they would determine when the 30-day window given would expire.

According to him, Customs provided the window for the evacuation of vehicles and they were not complaining.

“When we know that everybody had been carried along, then we will know what to do, we will then get to the next stage,” he said.

Also, Mr Babatunde Keshiro from PTML, said that vehicle evacuation was ongoing, while agents had been taking delivery of their vehicles, which was done smoothly.