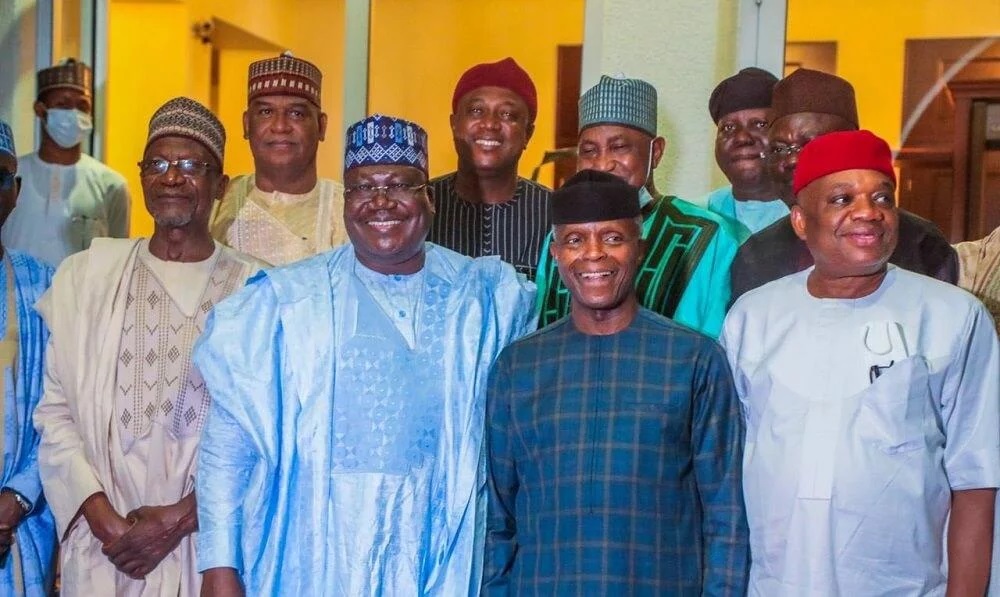 Senate President, Ahmad Lawan, says the National Assembly caucus of the All Progressives Congress(APC) is working hard to ensure the party retains power in 2023.

Lawan spoke with State House correspondents on Tuesday after the breaking of Ramadan fast hosted by Vice-President Yemi Osinbajo for the Senate caucus of the 9th Assembly.

Lawan said the vice-president briefed the caucus about his intention to run for the office of the president in 2023 and caucus members wished him well.

Osinbajo, had in a video posted online on Monday, declared his interest to run in the 2023 presidential election.

“Naturally, the vice-president told us he had expressed his interest and that he needed to consult with the Senate APC caucus.

“He wanted us to hear from his mouth and that we did; and he was seeking our support in whatever way we can at the appropriate time; and we wished the vice-president good luck in this endeavour.

“Let me assure everyone that the Senate APC caucus and indeed, the National Assembly caucus of the APC will continue to work very hard for our great party the APC, to continue to provide services to Nigerians.

“We shall also work hard to ensure that by 2023, the next administration is an APC administration at the federal and states levels by the Grace of God,’’ Lawan said.