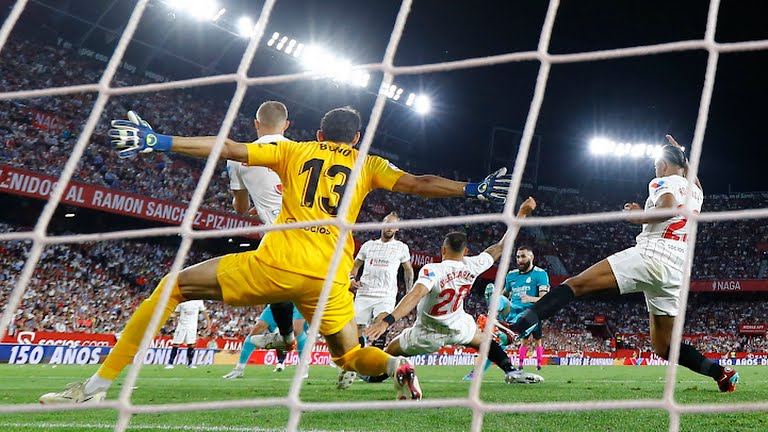 Real Madrid fought back from 2-0 down to beat Sevilla 3-2 as Karim Benzema’s stoppage-time winner took them a step closer to clinching the title.

Sevilla looked to be breathing life back in LaLiga’s title race, but Carlo Ancelotti’s side produced a brutal second-half performance to make a real statement.

Perhaps suffering something of a UEFA Champions League hangover, Real Madrid were sluggish.

They soon found themselves trailing to goals from Ivan Rakitic and Erik Lamela, both caused by defensive mishaps.

But the pattern of play was dramatically flipped on its head after the break.

Rodrygo pulled one back and fellow substitute Nacho Fernandez equalised, before king of comebacks Benzema sealed the turnaround.

Ronaldo out of Manchester United FC squad after tragedy