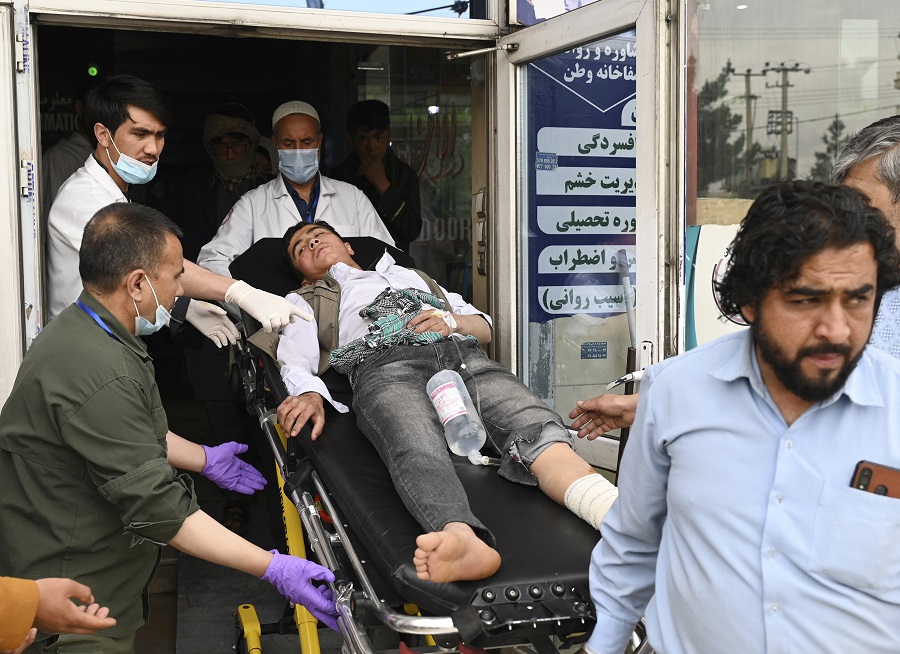 Afghan security officials said on Tuesday that at least three explosions targeted a school in the west of Kabul.

He said an investigation was underway; details would be shared later.

Another security official said that the blasts were caused by hand grenades.

Meanwhile, local media reported that at least two explosions targeting an educational centre and a high school also took place in the area
but there was no immediate claim of responsibility for the blasts.

Western Kabul witnessed numerous deadly attacks in the past.

The Islamic State terrorist group, which often targets Shia populations like those of the city’s west, often claim responsibility.

In May 2021, bombings near a school in the Dasht-e-Barchi area of Kabul killed at least 85 civilians, mainly schoolgirls and injured dozens of others.