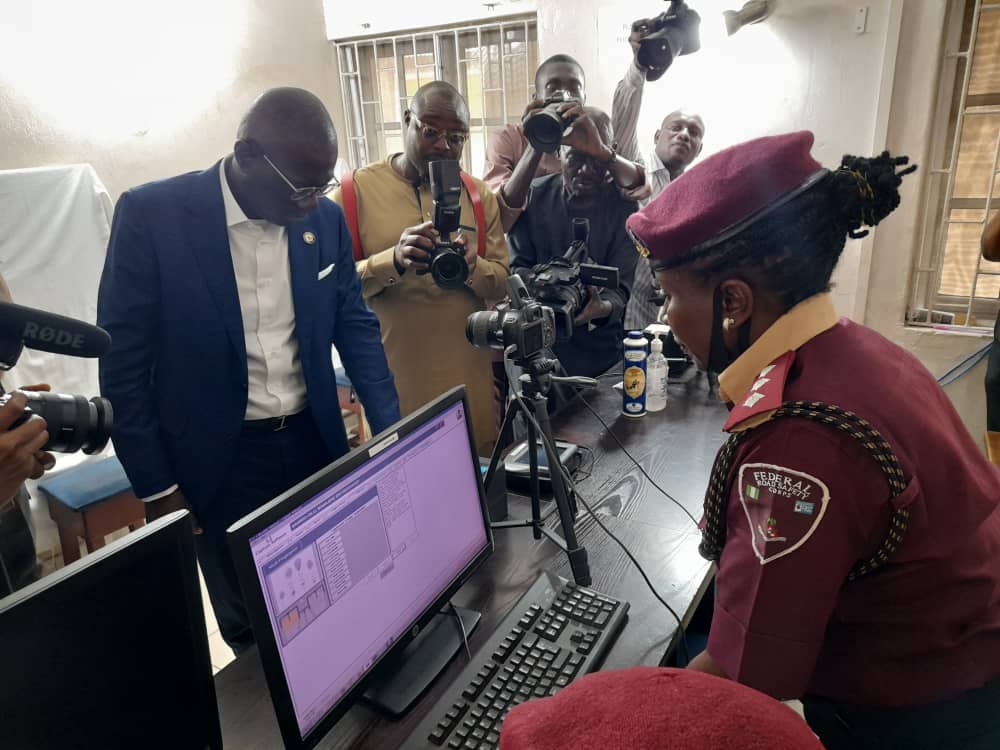 The Governor was received by the Commander, Lagos Sector Command, Mr Olusegun Ogungbemide in company with some senior officers of the Corps in Lagos.

A statement by the Corps Public Education Officer (CPEO), Assistant Corps Marshal (ACM) Mr Bisi Kazeem, said that the Governor went through the tripartite processes necessary for the biometric capture.

Kazeem quoted Sanwo-olu as saying that the process was very impressive, easy and smooth.

Sanwo-olu commended the entire staff for being courteous, adding that they displayed high level of professionalism.

The Governor was issued a temporary driver’s licence at the end of the biometrics to be used pending when the permanent card would be ready
Earlier in the day, the First Lady, Dr. Ibijoke Sanwo-Olu also came for her physical capture.

Nobody will be allowed to destabilise Nigeria – Buhari vows