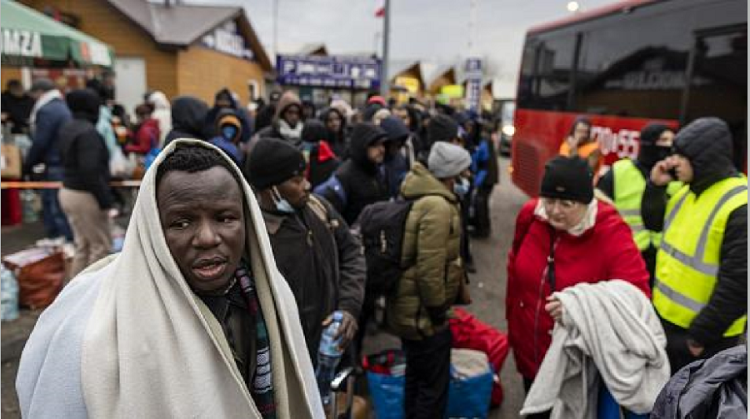 The number of people fleeing Ukraine to escape Russia’s invasion has passed five million in Europe’s worst refugee crisis since the end of World War Two.

Russia’s invasion has triggered a massive displacement of people in the nearly eight weeks since it began, including more than seven million Ukrainians within the country.

According to the UN data, 5.03 million had fled Ukraine as of Wednesday.

Most of them had crossed to the European Union through border points in Poland, Slovakia, Hungary and Romania where volunteers and governments have scrambled to help mostly women and children refugees find jobs, accommodation and to provide them support.

“When you look at the number of refugees in central Europe, the number is unprecedented,” said Jakub Andrle, the Migration Programme Coordinator at People in Need, a Prague-based aid group operating in Ukraine.

“It is also important to remember that the numbers can increase rapidly from day-to-day depending on the situation on the ground.”

Russia launched what it calls a “special military operation” on Feb. 24 to demilitarise and “denazify” Ukraine.

Kyiv and its Western allies reject that as a false pretext, Russia has denied using banned weapons or targeting civilians.

More than half the refugees have entered the European Union through Poland where many had family and other connections living in the region’s largest pre-war Ukrainian community.

In central and eastern Europe, many residents rushed to the border at the outset of the war, bringing supplies to weary refugees, many of whom endured long and harrowing journeys to safety.

Many remain in temporary housing with families or hotels that need the space for the upcoming tourist season, she added.

“The first response was really good but now governments need to think about the long-term perspective,” said Kollarova, whose group has some 140 people working in Ukraine.

“It is getting difficult for example, to find places in Prague and it is harder to keep big families together.”