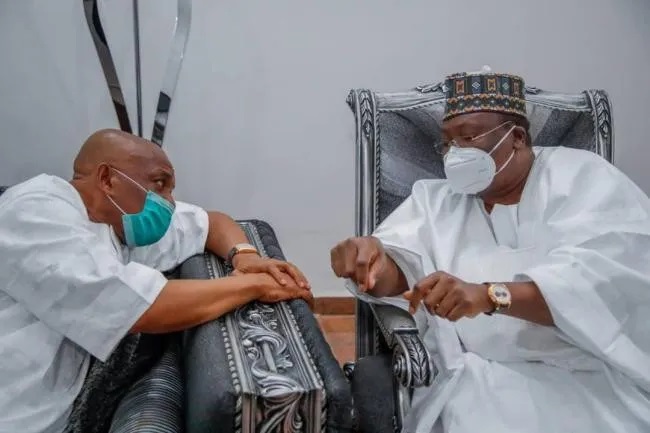 It was reported that this is coming barely 24hours after the All Progressives Congress (APC) announced that it will begin sales of nomination and expression of interest forms to aspirants on April 23.

A statement on Thursday in Abuja by Orji Kalu Media Office, said that the businessmen, Chief Ukaegbu James and Chief Nnanna Kalu, who were based in Igbere, Bende Local Government Area (LGA) of Abia, said this in Abuja.

The statement, however, quoted the businessmen as saying that Lawan and Kalu were competent enough to succeed President Muhammadu Buhari in 2023.

“If we must get it right in 2023, we need result oriented leaders like Kalu and Lawan to succeed President Muhammadu Buhari in 2023.

“It is time to present our best hands because there won’t be any room for writing of fake results.

“We are ready to make N200 million available by weekend to purchase their nomination forms.

“We are convinced by their track records, managerial skills, experience and leadership acumen,” the business men said.

The APC National Publicity Secretary, Mr Felix Morka on Wednesday announced the fees to be paid by aspirants for various elective offices in the 2023 elections, with the presidential nomination form pegged at N100 million.

Morka said this at the end of the party’s 11th National Executive Committee (NEC) meeting in Abuja.