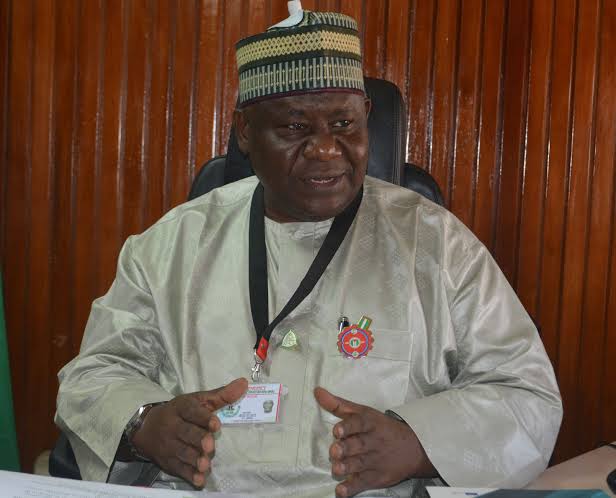 Dr Dasuki Arabi, the Director-General, Bureau of Public Service Reform (BPSR) has said the Federal Government is set to implement a road map for blockchain technology in the country.

Arabi said this at a two-day workshop organised by the Nigerian Communications Commission in collaboration with BPSR, in Abuja on Thursday.

The theme of the of the workshop is: “Distributed Ledger Technologies (Blockchain) Ecosystem, Decentralisation and Adoption Methods as Growth Plan for the Telecom Sector- Development of Bold Blockchain Strategy for Nigeria”.

According to Arabi, “a Blockchain is a digital ledger of transactions that is duplicated and distributed across the entire network of computer systems on the blockchain.”

The D-G said blockchain was real and had come to stay, adding that the government needed to innovate the technology.

He said the public service was underperforming due to lack of efficiency in operations, adding that it was the biggest beneficiary of blockchain.

He said there was a National Government e-masterplan that was approved by the Federal Executive Council (FEC), which had set strategies for digitisation from paper to paperless governance by the year 2030.

Arabi said from year 2023, assessments would be done electronically for everybody that is on Integrated Payroll and Personnel information system (IPPIS) and working for the government of Nigeria.

“There is a National Government e-Masterplan approved by FEC, which has set the strategy for digitisation for this massive movement of paper government and public service to paperless by the year 2030.

“However, as it is a legal document, we can always review it. Blockchain is definitely going to be very important in implementing the e-government masterplan.

“We will sensitise Nigerians and come up with a robust road map for the implementation and adoption of blockchain technology in the Nigerian public service.

“Adopting this technology will give us the privilege to improve on transparency and accountability, then working together between MDAs and most importantly it will break bureaucracy.”

Arabi, however, said that the framework for the technology had been set up and implementation had already started.

To achieve this target, the D-G revealed that the BPSR was partnering Digital Bridge and other institutions to train 500,000 public servants in IT and blockchain technology.

He said that the decision was imperative as blockchain would help the government in decision making, secure data and reduce cost of governance.

“When you look at the responsibilities that are saddled with the public service, you will see that there is a lot to benefit out of blockchain technology.

“We cannot meet our target, we cannot change the life of a citizen if we are not efficient. Blockchain is here to reduce cost of governance.

“Along the line, the concerned agencies will come up with that, but certainly you cannot open the system like that, adopt a new technology without regulations, it is virtually impossible.

“We are trying to work with Digital Bridge and other institutions to get us to understand the language of digitisation, speak it, understand digitisation and call it digital literacy,” he said.

Arabi, further said that the facilitators would train 500,000 public servants under the programme.

He said apart from the benefits of efficiency, blockchain would improve the security of government data in the case of cyberwar like the case of Russia and Ukraine.

“Cyber security becomes very important for us to safeguard the data that we are generating, to safeguard our system, information and possibly to use it as a weapon of war as we move on.

“We are not able to get the nation’s budget to support most of our works and our activities.

“We will become more transparent and open.

“The international community will be willing to come and invest in Nigeria using technology through Public Private Partnership.”

Also speaking, Mrs Amaka Ukwueze of the University of Nigeria, in her presentation emphasised on the legal framework necessary for the adoption of blockchain.

She said government laws must not stiffen blockchain technology adding that laws should encourage it.

Our correspondent reports that the development is coming amidst the Central Bank of Nigeria’s (CBN) bid to stop the use of cryptocurrency in the official banking channel.

It was recalled that the CBN had in February 2021 barred banks from trading cryptocurrency and recently fined four banks some N800 million for cryptocurrency-related transactions.