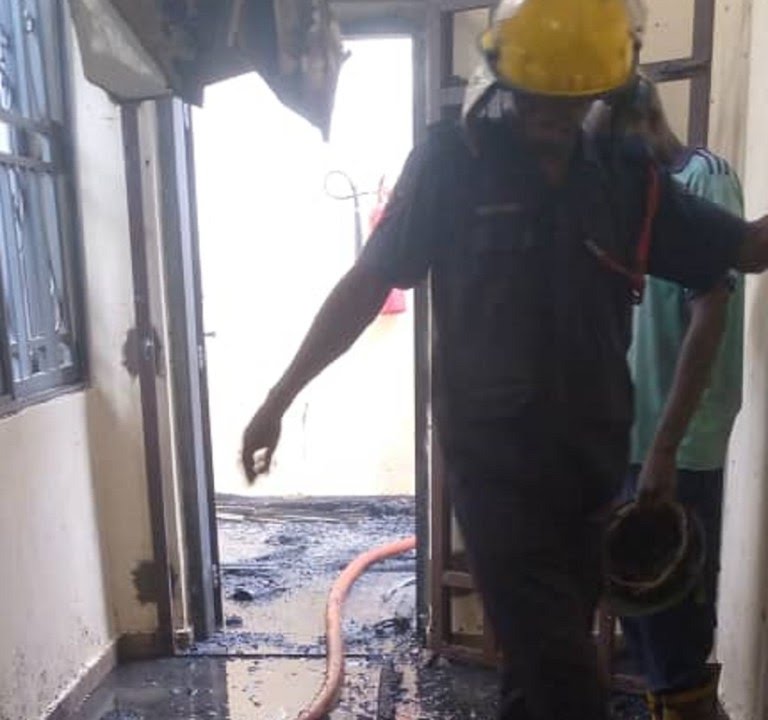 A private radio station, Garuwa FM, owned by a former governor of Sokoto state, Alhaji Attahiru Bafarawa, was razed by fire on Thursday.

Our correspondent reports that the incident happened barely 24 hours after an alleged assassination attempt on Sagir Bafarawa, the son of the former governor, who is the supervisor of the radio station.

Bafarawa recently resigned his appointment as the State Commissioner for Environment and joined the race to succeed the incumbent Gov. Aminu Tambuwal.

The fire which broke out in the morning, was said to have started from an electrical appliance.

A staff of the station, Malam Umar Baffa, who was in the studio before the incident, said it all started from a fuse of the air-conditioner.

“I saw a tiny flame of fire coming out of the Air Conditioner’s fuse and hurriedly rushed out to trip off the electricity to avoid escalation.

“However, when I got back, the whole section of the Recording Studio, Live Programme and the rest were already covered with a thick smoke.

“Those of us on duty made frantic efforts to rescue what we can, but the velocity of the fire was so ravaging that we had to save ourselves,” he said.

Baffa appreciated both the Federal and the State Fire Services for their prompt response during the incident.

He decried the colossal effect of the tragedy to the immediate employees of the radio station as well as their extended families and multiple listeners.

Our correspondent reports that efforts to get a response from Sagir Bafarawa, over the incident proved abortive as his mobile phones were not reachable.

Why we raided Abuja hotel – NDLEA