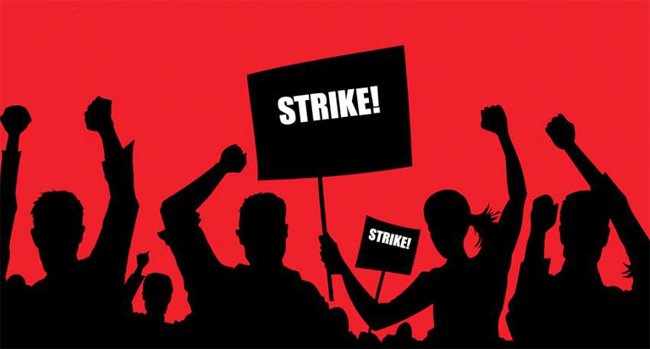 The Non-Academic Staff Union of Educational and Associated Institutions (NASU) and Senior Staff Association of Nigerian Universities (SSANU) on Monday extended their two-weeks warning strike by one month.

The unions under the aegis of the Joint Action Committee (JAC) stated this in a circular, addressed to the branch chairmen and jointly signed by Mr Peter Adeyemi, General Secretary, NASU and Mr Monhammed Ibrahim, National President, SSANU.

Our correspondent reports that members of the unions had embarked on a two-week warning strike that expired on midnight of April 24 to press home their demands from the Federal Government.

The union’s demands included the inconsistencies in payment with Integrated Payroll and Personnel Information System (IPPIS), non-payment of Earned Allowances, non-payment of arrears of National Minimum Wage and it consequential adjustment.

Others are: poor funding of state universities, delay in renegotiation of the 2009 agreements, non-release of white paper on visitation panels, non- payment of retirement benefits to members, among others.

JAC, however, noted that they had written not less than ten letters reminding the Federal Government, all to no avail and without acknowledgement.

According to the circular, you would recall that the first warning strike of two weeks started on the midnight of March 27, while the extension of another two weeks commenced on April 10 and expired on April 24.

“Unfortunately, the government has kept mute and remained indifferent to the demands of JAC of NASU and SSANU.

“Deriving from the feedback received from our branches in respect of the resolutions conducted which supported fully the ongoing strike and other actions to be taken by the leadership of JAC.

“This is to inform members that the strike has been extended by one month to commence on midnight of April 24, pending when the government would have a change of heart on our demands in our letters to the Minister of Labour and Employment,” they said.

Chinese Yuan strengthens to 6.7421 against USD