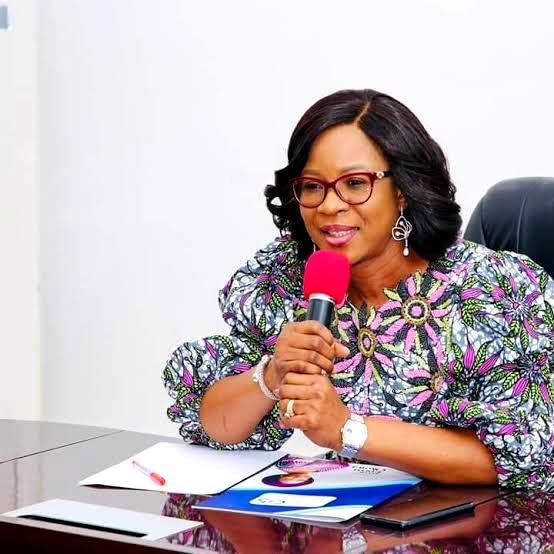 Speaking at the inauguration of the ongoing free grassroot medical outreach for Patani/Bomadi Federal Constituency, in Bomadi, she urged politicians and elites to ensure that people benefits from various health initiatives government.

Okowa, while thanking God for the privilege to impact lives, charged the people to bring those with traces of sickle cell anaemia symptoms to the clinic for early detection.

She advised health personnel to give adequate attention and care to patients in order to justify the huge investment of her ”05 Initiative” pet project.

The governor’s wife therefore, urged residents to take ownership of the facility and ensure adequate maintenance and effective usage.

She, however, frowned at the alleged lackadaisical attitude of some medical personnel in the discharge of their duties.

Okowa warned that the state government was ready to bring to book, medical personnel who deprive vulnerable indigenes of medical care.

“If doctors or nurses do not come to the hospital, report to the appropriate quarters.

”Put your feet on the ground and ensure that you get the needed medical services. The governor cannot be everywhere at the same time and so you need to serve as the watchdogs of the government,” she said.

Okowa noted that a lot of efforts had gone into upgrading existing government hospitals in the state and that it would be disappointing if such facilities were not maintained or the professionals deny the people of the needed care.

On the commencement of the five-day free eye care outreach, Okowa charged the elites: “Beam your searchlights into your communities, look for everyone with visual impairment and bring them.

She said after the window days for the programme, and there are still blind people in the community, the elites would be held responsible”.

Also speaking at the occasion, the Council Chairman for Bomadi Local Government, Mr William Agadi, lauded the efforts of the ”05 Initiative” in restoring hope to the hopeless in the state and assured the governor’s wife of council’s support.

Also, the state Commissioner for Health, Dr Mordi Ononye, expressed the ministry’s commitment in supporting the activities of the initiative.

On his part, the Coordinator of Restore Sight Africa Initiative, Dr Ernest Ogbedo, whose initiative was partnering with the O5 Initiative, said that plans were also in place to examine the eyes of sickle cell warriors.

“As those living with sickle cell disorder are being enabled to live longer, it is important we help them stay healthy,” he said.