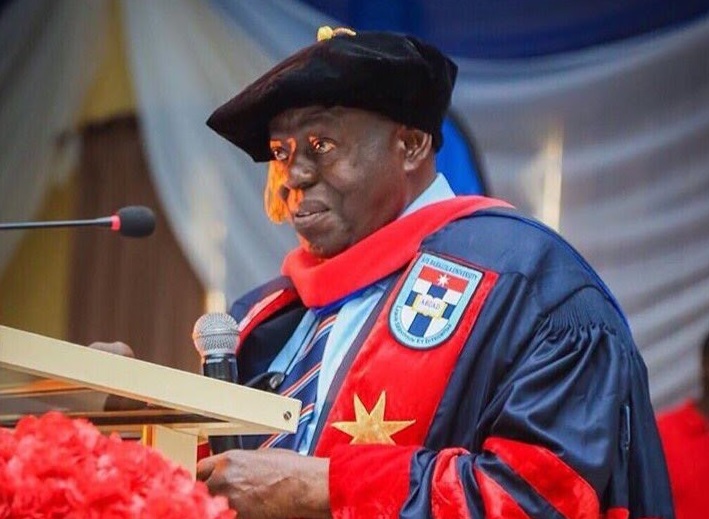 Founder of Afe Babalola University, Ado-Ekiti (ABUAD, Chief Afe Babalola, SAN, has expressed delight over the university’s performance in the 2022 Times Higher Education Impact Rankings, which was released on April 27.

Babalola, in a statement made available to news men in Ado-Ekiti on Friday, said that he felt so fulfilled with the feat achieved by the institution.

“The purpose of setting up ABUAD is to prove that individuals can achieve such feat.

“I have finally achieved my life-long ambition, which is to establish a pace-setting tertiary institution that can compete with the best in the global scene.

“Topping the ranking is an icing on the cake. I am happy that ABUAD has achieved this feat and we will ensure that we remain at the top for many years to come.” Babalola said.

Our correspondent reports that ABUAD emerged the leading university in Nigeria, following the release of the 2022 Times Higher Education Impact Rankings, on Wednesday.

It was also reported that Covenant University, Ota and University of Ibadan, came second and third respectively, in the ranking.

The impact rankings is said to be measured by the standards of Sustainable Development Goals (SDGs).

Congratulating ABUAD on achieving the feat and other universities that made the ranking, the Executive Secretary of National Universities Commission (NUC), Prof. Abubakar Rasheed, said the commission would ensure that more universities made the top 200 in the next few years.

Rasheed said: “By our Strategic Plan 2022 to 2030, the Nigerian Universities Ranking Advisory Committee (NURAC) will work with all universities in the system to ensure that we are no pushover on the global league table from 2023.”

NLC to embark on 3 days warning strike in solidarity with unions, students