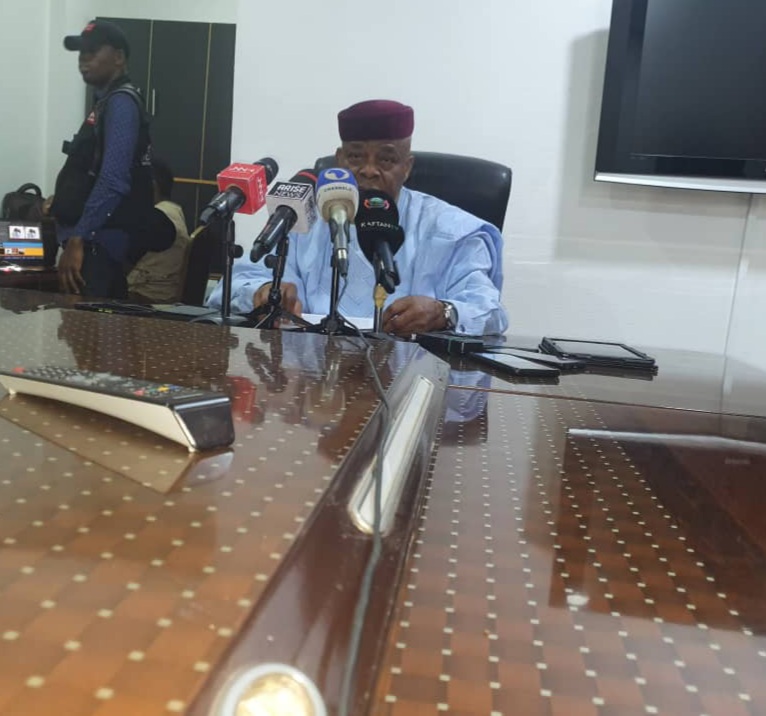 A former President of the Senate, Sen. Ken Nnamani, on Friday, formally declared his interest in the 2023 presidential race on the platform of All Progressives Congress (APC).

Nnanani, while making the declaration in Abuja, called for reduction in the nomination fees for elective offices.

Nnamani enjoined Nigerians across all strata to get massively involved in partisan politics so as to influence reduction in the cost of electioneering.

“My view is that we should work towards reducing the cost of nomination fees for political offices so that we can create an inclusive environment for our dynamic youths and women who may not have access to much wealth.

“I believe that high cost of election does not align with our socio-economic realities in terms of per capita income and purchasing power of Nigerians.

“Ultimately, the pressure for drastic reduction in nomination fees will come when citizens and groups begin to play more active roles in demanding for, and presenting, credible and capable persons for elective offices,” he said.

He added that the nomination fees being charged by political parties for elective offices needed to be reviewed in order to improve the inclusion of youths, women and most Nigerians earning salaries in a distressed economy.

“Maybe it is time INEC lays down guidelines to political parties on the costs of nomination forms and campaign expenses,” he said.

Nnamani said that he would back such regulatory control that would improve the fiscal responsibility and inclusive politics in Nigeria.

On his presidential ambition, the former senate president said that he would improve on President Muhammadu Buhari’s legacies of integrity and performance, if elected.

“My pedigree as President of the Senate and Chairman of Presidential Committee on Constitutional and Electoral Reform shows beyond doubt that I am that man for the job now.

“We will all agree that President Buhari met enormous challenges.

“In spite of the challenges we face, we have to acknowledge that the president’s patriotism has manifests in the unshaken belief that Nigeria will move past the current problems and setbacks,” he said.

Nnamani called on Nigerians, particularly members of the ruling APC, to adopt the spirit of courage and patriotism, as exemplified by the president, to tackle the country’s challenges.

“It is at a time like this that we need a man of tested integrity and competence to mobilise Nigerians to overcome these tough challenges,” he said.

Defection: 14 Zamfara LG chairmen seek to be joined in PDP suit against Matawalle