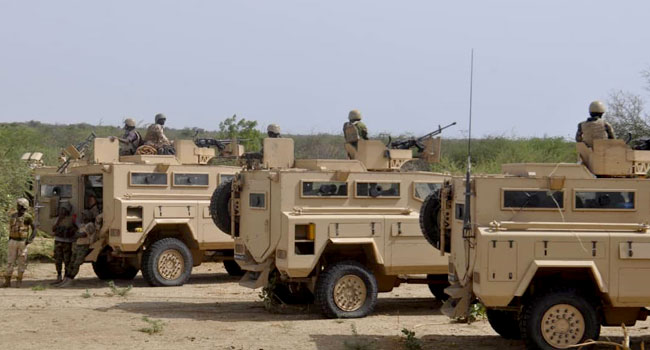 Troops from a West African military force killed some 20 jihadists in three days during an operation in the Lake Chad basin, the coalition said Sunday. The lake basin, shared by Cameroon, Chad, Nigeria and Niger, and its countless islets have become one of the main havens for jihadists from Nigeria’s Boko Haram and its dissident branch, the Islamic State in West Africa Province (ISWAP).

The four countries’ militaries revived the Multinational Joint Task Force (MJTF) in 2015 to fight the extremists in the basin after its establishment in 1994. The force had been dormant until then.

The forces launched a new offensive in March that aimed to “completely destroy Boko Haram and other terrorist groups which plague the basin”, a senior MJTF official, who wished to remain anonymous, told AFP Sunday.

Aerial support to Nigerien and Nigerian forces from the coalition allowed them to carry out “aggressive patrols… against terrorists’ positions” in the jihadist “bastion” of Tumbun Rago, in the Nigerian state of Borno, the MJTF said in a statement Saturday.

Between Wednesday and Friday, “at least 20 terrorists were neutralised” despite “strong resistance”, the coalition said. The senior MJTF official confirmed that “neutralised” meant killed, adding that the operation took place in Cameroon and in Nigeria.

The coalition has not provided figures on how many jihadists have been killed since the operation began in March. But in a statement on April 25, it said “30 terrorists” were “neutralised” by Nigerien forces in the Kaji Jiwa area in Niger by the basin. It did not say when. One soldier died, the MJTF added.

Boko Haram launched an insurgency in northeast Nigeria in 2009 before it spread to neighbouring countries. More than 36,000 people have been killed since, mainly in Nigeria, and three million were forced to flee their homes, the United Nations says.

Abiodun’s aid pleads guilty to COVID-19 fraud in US