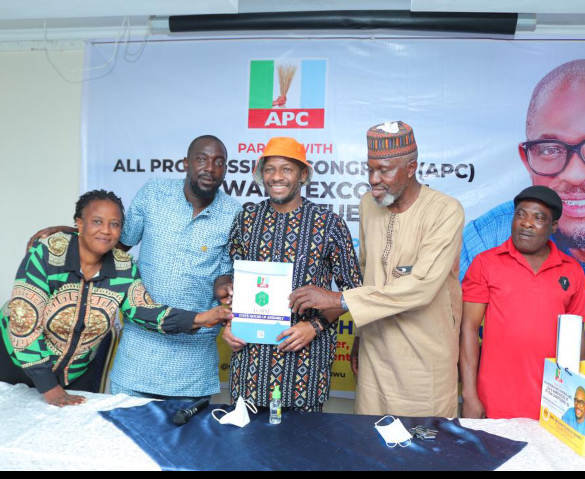 Leaders of the All Progressives Congress (APC) in Eti-Osa Constituency 02 of Lagos State, have endorsed the fourth-term ambition of Mr Gbolahan Yishawu in the Lagos State House of Assembly.

Chairman of the party in Ward M, in Eti-Osa, Mr Sina Bojo, moved the motion for the endorsement during a parley between the lawmaker and the leaders of the APC in the constituency.

Bojo noted that the lawmaker had represented them very well and so deserves another term in the House of Assembly.

“Yishawu has made us proud and I want to say that he has always been there for us and we will continue to support him.

“He has done so very well and we are proud of him. He has done a lot for us, he has helped us in so many ways since he got to the assembly.

“I, Hon. Sina Boja, move that Hon. Gbolahan Yishawu should be supported to be given the ticket for the Lagos State House of Assembly for the fourth term in 2023,” he said.

Also, Mr Vincent Aduku, Deputy Youth Leader of the APC in Lagos State, commended the lawmaker for his numerous empowerment programmes for men, women and youths, saying that they would want him to do more when he gets back to the assembly in 2023.

Commenting, Yisahwu, the Chairman, House of Assembly Committee on Appropriation, noted that his life had always been about service to his constituency.

The lawmaker said he had been coming up with programmes so that more people in the constituency could be reached, indicating that he has provided buses for school children, provided ICT Centers in schools such as the new ones in Osborne and Victoria Island.

“This has afforded me the opportunity to see everything about the finances of the state and the Governor and the Speaker of the House agree that the process of passing budgets in the state is the best so far,” he said.