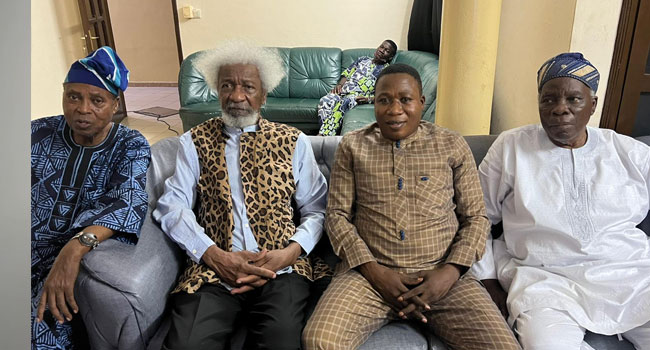 It could however not be ascertained what transpired at the meeting. This is coming about five weeks after Akintoye announced the release of Ighoho in the Benin Republic.

After being declared wanted by the Department of State Services (DSS), he was accused of stockpiling arms to destabilise Nigeria. But the separatist leader strongly denied the allegation. In July 2021, Igboho fled his Ibadan residence and escaped to the neighbouring Francophone country.

He was arrested by the Interpol at a Benin airport on July 19, 2021, while boarding a flight to Germany.

After spending about nine months in a detention facility in the Benin Republic, Igboho was released on health grounds. But his lead counsel, Yomi Aliyyu, ruled out the possibility of his client’s return to Nigeria anytime soon.