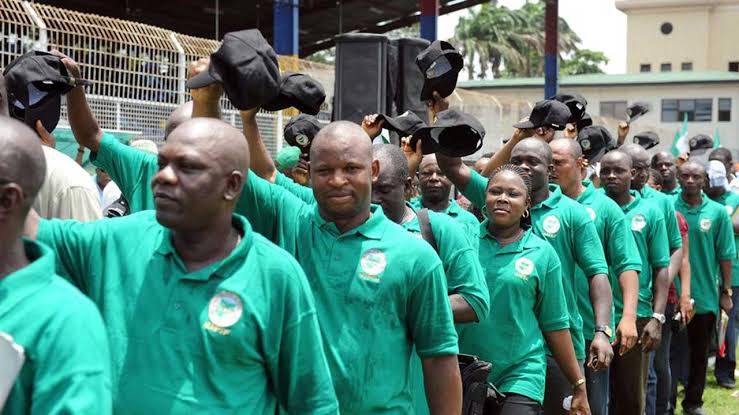 Nigerian workers, on Monday, called on the Federal Government to make laws to regulate the private sector and curb the exploitation of employees.

The workers made this call in Abuja as they joined their counterparts the World over to commemorate Workers Day, which is celebrated on May 1.

A cross-section of workers interviewed by our correspondent decried the exploitation of workers particularly in the private sector due to the high rate of unemployment in the country.

Mrs Evelyn Agbo, a private sector employee and Head of Operations and Admin Manager, Wella Microfinance Bank, said that the owners of businesses just think of the profit they make and care less about their employees.

“Right from after my youth service I have been in the private sector and I have discovered one thing; that the absence of strong regulation and labour law in Nigeria makes the private sector to over use their workers and under pay them.

“They do so many things that infringe on the rights of workers. So, the Nigerian labour force in conjunction with the government should have a strong regulation that will moderate the private sector.

“This is because most workers in Nigeria belong to the private sector. Let them have a law that will bind the entrepreneurs that they will stop over using their workers, pay promptly, and pay allowances and every right that those workers are due.

“Due to the level of unemployment in the country, it is alleged that before you get job in the public sector you will be asked to pay certain amount; there should be a law prohibiting this kind of corruption.

“It should a right of every citizen of Nigeria to have job when they’re coming out of youth service.

“We heard that in the 70’s and the 80’s as you’re finishing your mandatory one year National Youth Service, jobs will be waiting for you so let Nigeria return back to those old good days,” Agbo said.

Similarly, Mrs Grace Samuel, a staff of Agric Research Council of Nigeria said that the current salaries paid by most employers and even government could no longer take workers home.

“I wish that the government will do something realistic, we’re in a time that the inflation is so high and yet the salary we’re receiving from years back is still what we’re receiving.

“It is not taking us anywhere; we go to hospitals, our money cannot afford the drugs we’re prescribed to buy.

“Look at the educational sector, children are at home and before you know it when ASSU calls off strike we will be expected to pay more money again.

“All these things are not helping issues. So, I wish that the government will be indeed government of the people, they should understand that what people are going through is not easy at all.

“It’s not funny and they should come to our rescue,” Samuel said.

Speaking in the same vein, Mrs Patience Itua, a staff of the Peace and Reconciliation Institute, appealed to government to fight insecurity.

“Many people could not even go for the May Day celebration because of the fear of insecurity in the country; nobody knows if a bomb will explode and kill people.

“Government should fight insecurity so that even if we don’t have enough money to eat at least we should be sure of our safety, our government owe us this much,” Itua said.