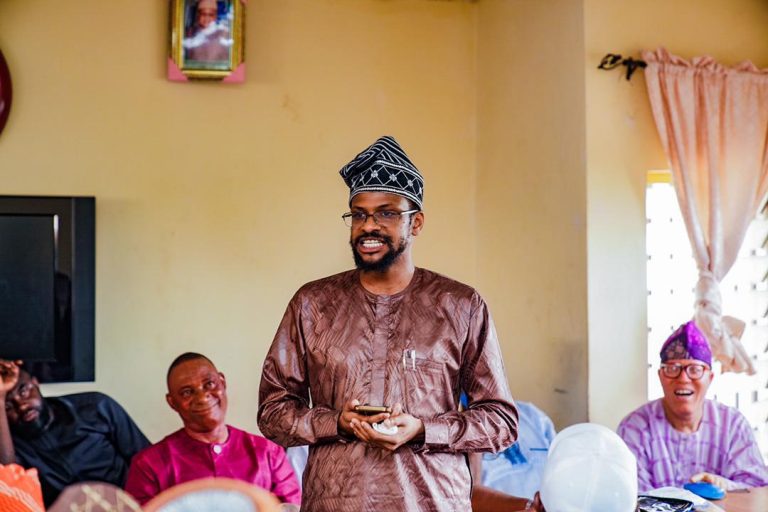 Mr Idris Abiola-Ajimobi, son of the late Gov. Abiola Ajimobi of Oyo State, on Tuesday declared his interest to contest the Ibadan South-West State Constituency II seat on the platform of All Progressives Congress (APC) in 2023 elections.

Abiola-Ajimobi made the declaration while addressing the party leaders in his constituency in Ibadan.

Our correspondent reports that the son of the former governor also presented a Letter of Interest to contest the seat to the party leaders.

It was reported that the party leaders led by its Chairman in the council, Mr Sunday Babalola, also met with all the aspirants from the local government, contesting various elective positions on the platform of APC.

He urged the party leaders to support his aspiration, which he said, was his childhood dream of serving humanity.

“It has always been my childhood dream to serve humanity and presenting myself to serve the good people of Ibadan South-West Constituency II, which will avail me of the opportunity to achieve this dream,” Abiola-Ajimobi said.

The aspirant told the leaders that he was before them as a son, who needed their supports and prayers to achieve the dream, adding that he could not do it without them.

“I have come before you as your son, to plead for your support and prayers as I cannot do this alone without you,” he said.

“I know that lots of us here knows my father and the legacy he left behind (May his soul rest in perfect peace).

“We shouldn’t let these legacies die. I will like to build on his legacies while charting a course of my own to unite our people and bring the dividends of democracy close to them,” he said.

According to him, with your supports and the grace of the Almighty, we shall be victorious. Together we can.”

Babalola, in his remarks, welcome Ajimobi’s son into the race, describing it as a good development having people aspiring to serve the people, party and the nation.