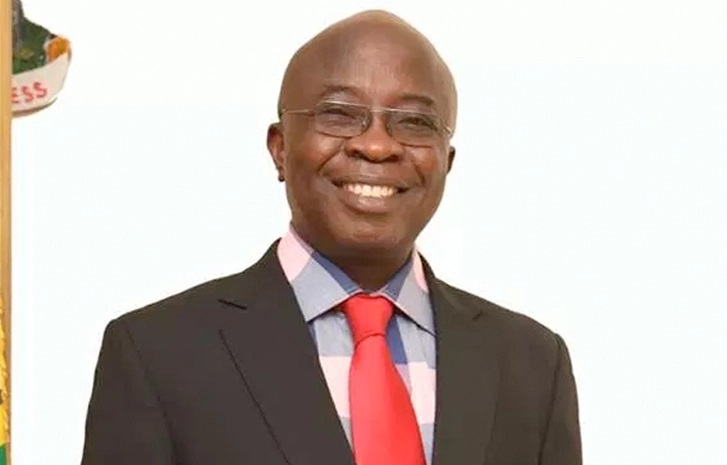 A Lagos lawmaker, Mr Setonji David, says if APC and Nigerians give Sen. Bola Tinubu opportunity to succeed President Muhammadu Buhari in 2023, he will change Nigeria’s story for good.

David, the Chairman, Lagos State House of Assembly Committee on Information, Publicity, Strategy and Security made this remarks in an interview with our reporter on Tuesday in Lagos.

According to him, the type of president Nigeria needs in 2023 is in Tinubu, a presidential aspirant on the platform of the APC.

David, representing Badagry Constituency II in the assembly, said: “He (Tinubu) is the man that can deliver this country. He is in best position to help us move forward.

“He has done a lot in Lagos state as a former governor and this is quite visible to everybody to see and that is why we are praying that if given the opportunity, he will replicate it at the Federal level.

“So, the best material as at today is Asiwaju Bola Ahmed Tinubu. We believe that this country will give him the opportunity and he will change our story for good,” he said.

According to him, if the party is using consensus arrangement to pick its presidential candidate, Tinubu should be the consensus candidate of APC.

“We should all concede to Asiwaju to be President. I plead with my party leaders to concede the presidency ticket of APC to Tinubu.

“If we go to the field for primaries, I plead with delegates that we all vote for Tinubu.

“Obviously, Tinubu has the solution to some of the challenges facing this nation,” he said.

David said that Tinubu, who revamped the Lagos state economy when he was governor, could re-jig the nation’s economy.

“If he gets to the federal level, the man (TInubu) has ideas that can help this country, he has done a lot for us in Lagos,” David added.

It was reported that Tinubu is among many presidential aspirants jostling for the ruling APC ticket for the 2023 presidential election.