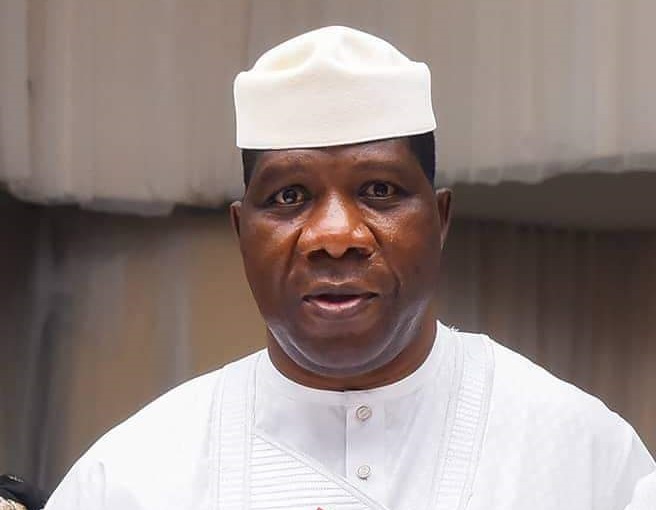 The Senator representing Ekiti Central Senatorial District, Opeyemi Bamidele, says that more than 5,000 members of his senatorial district have benefitted in his empowerment programmes in the last three years.

Bamidele made the disclosure during his 2021 mega empowerment programme, held at Oluyemi Kayode Stadium, Ado-Ekiti on Tuesday.

He said that his empowerment programme had never been on the basis of membership of All Progressives Congress (APC), adding that it was aimed at bringing dividends of democracy to all his constituents.

“For record purpose, today’s occasion marks the third edition of my annual empowerment programme, which is aimed at saying ‘thank you’ to all my constituents for their support.

“To the glory of God and by dint of my constituents’ continued support and prayers, my election into the Ninth Senate has brought about a remarkable harvest of dividends of democracy.

“No fewer than 5,000 beneficiaries have been empowered in the last three years.

“The empowerment that we having today (Tuesday) is not only for APC members, but one that will bring dividends of democracy to all my constituents,” he said.

Bamidele described the 2021 mega empowerment programme as special, stressing he had decided to equip Ekiti State University Teaching Hospital with medical equipment like ambulances and ventilators to ensure access to health care services by his constituents.

He listed the equipment to include: tractor and farm inputs to All Framers Association of Nigeria (AFAN), Ekiti chapter, motorcycles, mini buses, hair dressing materials, vulcanising tools, tailoring machines and patrol vehicle for the police.

The senator appealed to those who might not benefit directly now to be patient, assuring that the 2022 edition of the empowerment programme would capture more people.

Speaking earlier, Chairman of the occasion, Chief Niyi Adebayo, lauded Bamidele for not betraying the confidence reposed in him by people of his senatorial district.

Adebayo, who is the Minister of Industry, Trade and Investment, called on people of the state to vote en masse for the APC governorship candidate, Mr Biodun Oyebanji, and ensure his victory in the June 18 governorship election.

Speaking on behalf of AFAN, the state Chairman, Mr Adebola Alagbada, thanked Bamidele for the farm inputs given to his members, pledging that they would make judicious use of them.

It was reported that dignitaries at the occasion included: Oluyin of Iyin, Oba Adeniyi Ajakaye, an APC chieftain, Mr Tade Aluko, and the lawmaker representing Ekiti Central Constituency I, Mr Adesola Fatoba, among others.